Gérard Paraghamian has established a well-earned reputation as one of the most talented and innovative illustrators in commercial art today. In addition to creating commemorative representational and promotional illustrations, for leading international corporations, Paraghamian was the official artist of the Toronto SkyDome and Vancouver’s Expo ’86. His ‘Neighbourhood’ painting donated to UNICEF was Canada’s top selling artcard for the United Nations Children’s Fund. His extensive philanthropy work for worthy causes has resulting in his being nominated for “The Order of Canada”.

Paraghamian’s mixed media combines watercolour, pencil, pen and ink, opaqueing and felt pens to create representations, which combine an evocative palette with a remarkable level of detail. This union of mood and material generates more than a sense of place, it conveys through an ever-changing bouquets of colours a senses of community and of belonging. Such a diverse style is ideally suited to corporations and organizations with a story to tell and moments to remember. He has garnered a loyal following within the corporate community. His distinctive style is ideal for a broad range of applications, from limited edition prints, posters and artcards to premiums such as T-shirts and tableware.

Paraghamian’s sophisticated and detailed representations of the city waterfronts such as, Montreal, Vancouver, Toronto, New York, San Francisco, Miami and San Diego, have emerged as evidence of his unique and widely recognized talents. They are a reflection, perhaps, of his childhood years on the French Riviera. Born in Nice, France – surrounded by the beauty and excitement of the Cote d’Azur – Paraghamian and his parents immigrated to Toronto in 1955. It was here that art, which has always been his preoccupation, became his consuming passion. Following a four-year program at the Ontario College of Art, he enjoyed an award-winning career as a commercial artist, In 1983, the exceptional demand for his limited edition prints enable him to become an independent illustrator, which allowed him to pursue his second great passion: travel. He has traversed six of the seven continents, an experience which as given him both and appreciation of Canada’s outstanding qualities and a global comprehension. He trekked Africa’s Mount Kilimanjaro, climbed to the base camp of Mount Everest in Nepal and photographed the Andes in South American. While in India, Paraghamian painted a canvas of the Taj Mahal, a life-long dream. 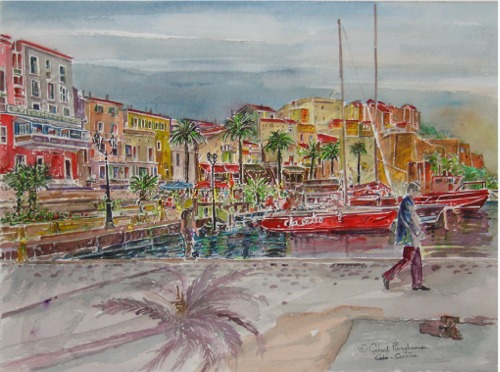 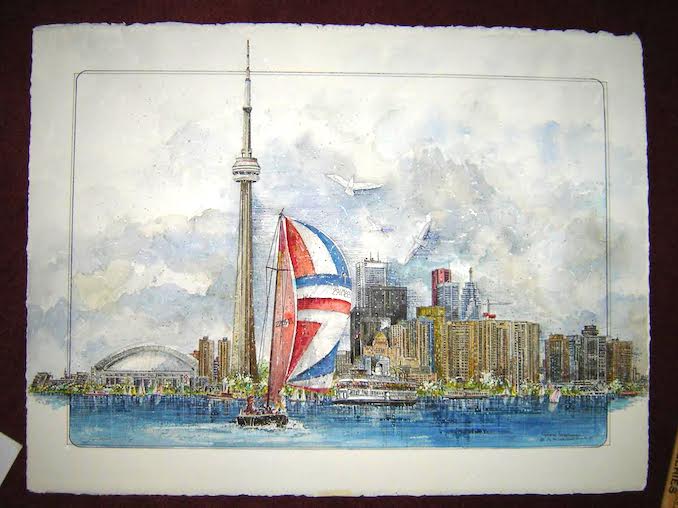 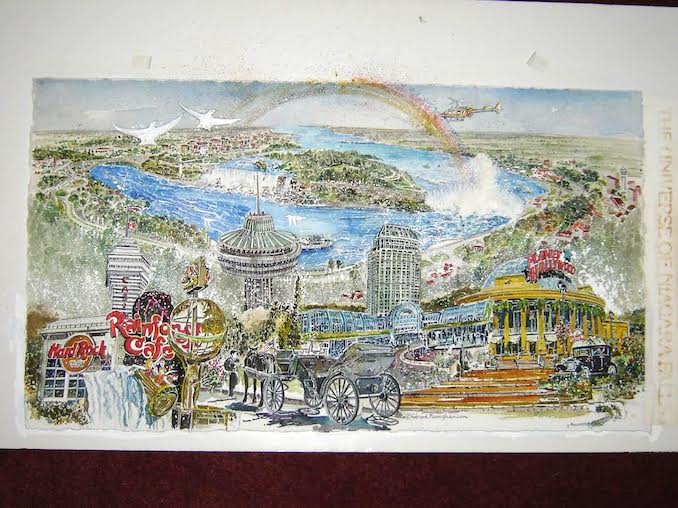 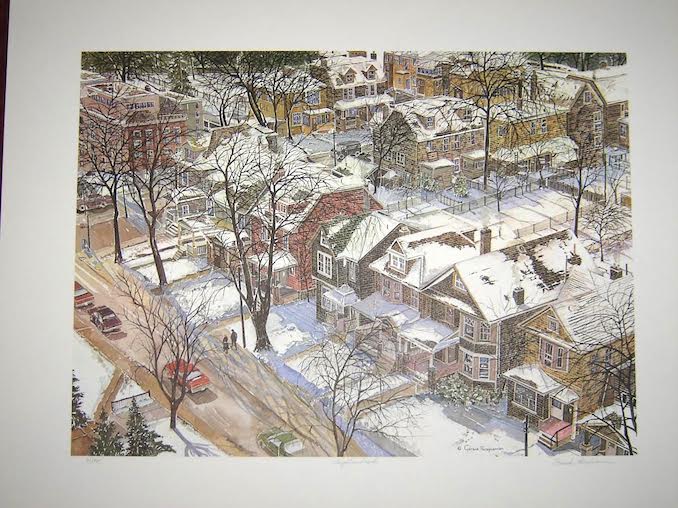 WHAT DO YOU DO?

Basically, I’m an art director turned fine artist, why? Because I got tired of the ad business, got tired of art directing things that I ended up not believing in anymore. If a campaign didn’t increase sales for the client, the creative department and the account execs took it on the chin. Years ago, I found out that I could paint, (as a kid, really) so I took up my brushes, left my lucrative free lance ad business and became a starving artist until I designed a poster that I called “On the Waterfront-Toronto”, the thing went nuts, went into 3 printings, as a result did major cities in North America, got a major publisher and became the official artist of a few venues. By now some good corporate commissions were coming my way. Lucky should be my name, most art directors do not know how to paint. They farm things out to studios and get wined and dined at times. I sort of doodled since I was 10 in France, my beloved country of birth. I don’t have shows, very, very few anyways. Because I do corporate stuff, the client gets the original and the licensing that goes along with the deal. So my art gets published in pretty well everything, posters, giclees, limited edition prints, art cards and all the gift industry items, coasters, mugs, t-shirts, calendars etc. etc. there’s nothing like art. I’m also a musician with 16 ads under my belt, after 30 years of playing in bars and night clubs I like the quietness of just me and my keyboard.

WHAT HOOD ARE YOU IN?

About 8 years ago I sold my house that I had reno’d just the way I wanted it in the Mt. Pleasant / Eglinton part of town. I thought 50 years under the same roof was enough… miss my studio though, nice and big and airy, 2 skylights and a door that took me to my private terrace on the flat roof where I would sketch in the summer with a few racoons looking on. Moved to the waterfront by the ferry docks, to me that’s the only place to live, nothing like being ‘by the water’, I go to the islands quite often and walk, sometimes I take my bike but I really love walking, I trekked around the world, (really I did), that’s why I love walking. The waterfront is taking on a different ‘allure’, too many condos, too many cars, too much congestion. Toronto is not a well planned city as a result we are paying the price today. I prefer to be here than anywhere else in the city mind you.

WHAT ARE YOU CURRENTLY WORKING ON?

Not a lot really. About 4 years ago I lost my beloved corvette in an accident. Trying to avoid a family of racoons, I swerved and hit a pole. This left me with a concussion and some problems with my neck and shoulders which prohibits me from sitting in front of my drawing table for long hours. With lots of physiotherapy and exercise and an open mind I started painting again, probably lost a few of my contacts but what the heck, your health is more important. We’re going to make a youtube and will start the interviews and the commissions should start rolling in. With all these portfolios it should be ok.

WHERE CAN WE FIND YOUR WORK?

Well, because I am primarily in the art publishing industry, you would find my work in some living room, dining room, someone’s high end washroom, restaurants, condos, corporations etc. I donate the ‘rights to use’ to many non-profit orgs. the biggest one being Unicef. I’ve seen the incredible poverty in my world travels so I do it with my heart, as a result I was nominated to the order of Canada, I also received a medal from queen’s park. My website is a good start…. www.theartofgerardparaghamian.com

Among his world travels, Toronto-based artist Gérard Paraghamian saw the work UNICEF was doing to help people everywhere. To help […]