Fans at the game and fans on social media were elated with the win by the Jays last night in Toronto, especially since the win came at the expense of Texas Rangers’ player Rougned Odor.

Odor became Toronto enemy #1 in May when he punched Jays’ player Bautista in the face following a slide in to second base by Bautista that took out Odor stopping a double play ball to first.

The Jays got their revenge on October 9th, 2016, sweeping the 5 game series against the Rangers and moving on to the ALCS.

Here are a few of the best shots at Rougned Odor from fans.

I have so many Rougned Odor jokes. 99% of them are bad. But not as bad as that throw to 1st.

Odor with the final error that loses the series #OurMoment pic.twitter.com/fCWuL3xAv0

Odor can throw right hooks but he can’t throw to his first baseman. 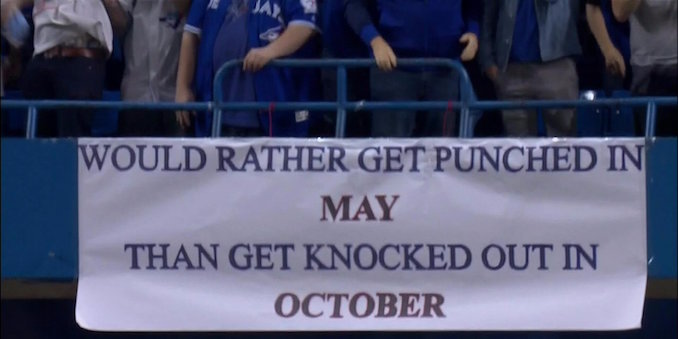 On the bright side, Donaldson’s headfirst slide on the winning run was the first time Rougned Odor’s arm ever sent a Blue Jay to the ground.

If you thought odor could throw a punch, you should see him CHOKE

The #irony is crazy.@JoeyBats19 gets hit by pitch by Bush, then punched by #Odor in a game in May. Bush, Odor both on field for loss 2nite 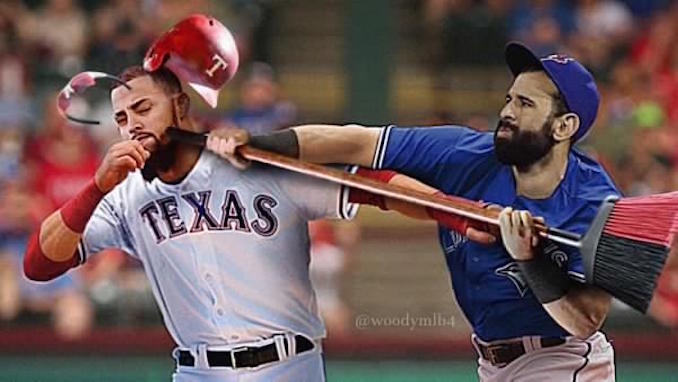 I couldn’t come up with a clever enough Odor joke. The jokes I thought of all stunk.

This Odor Fanboy was really pissed

All you Jays fans talking shit after the fact is pretty typical of you cowards. Fuck all you mother fuckers !

Even Other Athletes pitched in.

So fun to be a @BlueJays fan during these last couple years. Let’s keep this going! #Odor #TheBestRevengeIsRevenge

Another year of the Joe Carter Classic has come to an end in Toronto. The annual charity golf tournament brings […]

Five Non-Baseball Reasons to Check Out a Jays Game

This year began like any other for the Toronto Blue Jays. Heaps of Toronto’s finest (over 50, 000) marched into […]