This week, Molly met with a group of students of the Canadian National Institute for the Blind (CNIB) on Pink Shirt Day, a day that encourages people to wear pink and take a stand against bullying right across the country. Molly shared her story of gradually losing her vision that started when she was just four years old. She was diagnosed with a rare disease called retinitis pigmentosa.

By the time she was a teenager, she not only had to deal with living life with deteriorating vision but also was bullied by peers at high school. She backed it up by telling the students that she was once part of the “popular girls” and life was what you would think but as her sight faded so did her circle of friends. Those who she thought she could count on became those who turned on her. Molly  told us, with a crackle in her voice, that this lead to depression and anxiety for her. 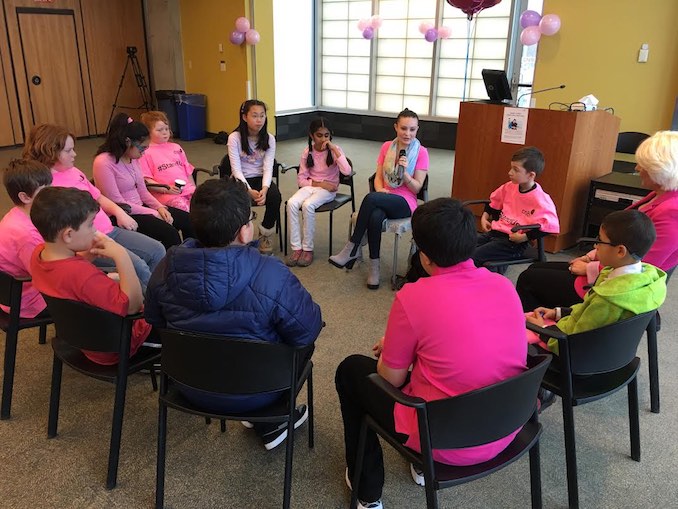 “I was diagnosed months before with situational depression. And it’s exactly how it sounds. But I can tell you that if I had the support of my friends, I don’t think I would have gone to such a dark place in my life. I believe that what triggered my depression was the bullying that I had to face,” said Molly.

Molly told the kids that when you live with a disability, people often view you as being more vulnerable or an easier target. “I knew that because of everything I was going through, I was an easy target. But I also know that my story is not that unique. I wish it was because that means that not as many disabled people had gone through the bullying that I’ve been through. But unfortunately many do.”

She turned to the kids and adults in the room and continued by explaining that she was sharing her story with them so that they know, things do get better.

How did she do this?

She shifted her energy from the darkness to hope. She started journaling that helped her get her feelings out. Then, she started writing music and became the lead singer in a band that gave her back her voice and confidence that she felt the bullies had once stolen from her. She gained back some confidence to do what she thought she would never do.

Molly shared a great story about being asked to compete in the Miss Teen Canada pageant one year. “I honestly thought they were nuts asking me to do it,” said Molly. Her family supported her and gave her confidence to believe in herself. But it was more than strutting your stuff on a stage looking pretty, she had to raise money for children in Uganda as part of the criteria of being in the pageant. So, Molly fundraised to meet the requirements. Not only did she have to fundraise, but she also realized that she wasn’t the only person that had challenges in their life. The experience taught her that if she could use her struggles to help other people, and use her voice to stand up to others, that she had found a purpose.  So, she started to speak at schools and received donations to her cause. At the end of the efforts, she had more than doubled what she was asked raise. 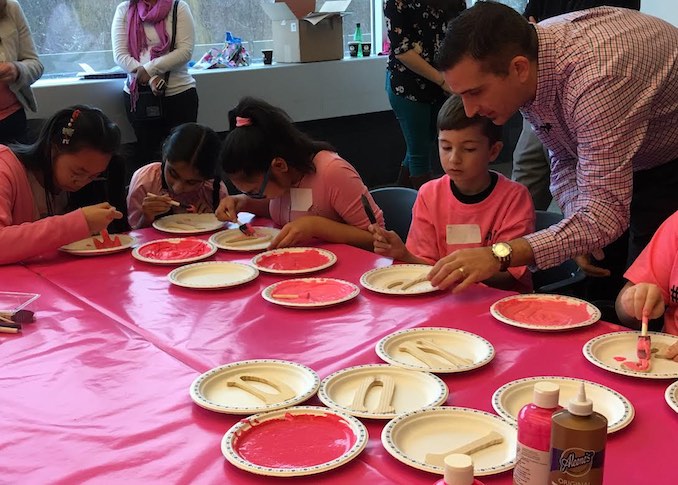 Molly told us that at the pageant, she was first crowned the title of Miss Teen Charity. “You know that was very anti-climactic as we all were expecting the real crown,” she said jokingly. “But before I knew it I had made the top three.”

Molly recalled the finalists were all asked the same question. “If you win Miss Teen Canada, what would you want to be remembered for?” She told us that her answer came very quickly at that moment…

And she won the title of Miss Teen Canada International in 2010. She was the first disabled girl to ever win this pageant. “It wasn’t the validation from other people that I was happy about, but it was the first time I had realized that I was more than my disability.”

“I was no longer defined by what I had been through, but I was now defined by the person it helped me become. I want you guys to realize that no matter what you’re dealing with, whether it be bullying or mental illness, loss of vision or any other disability, know that it does not define you. You are more than the challenges you live with. You are the strength it has given you and you are the person this has made you.” said Molly.

Molly Burke has continued on after the pageant and now has a career in helping others. At 18 years old, she moved out on her own and has an apartment in downtown Toronto and travels the world as a young motivational speaker, sharing her story.

“I’ve realized that you can’t search for happiness because you can’t find it that way…happiness will find you,” said Molly.

CNIB hosted Pink Shirt Day activities with their students with the opportunity to meet Molly Burke as well as working with local artist Sandro Parisotto to create a large tactile mural themed “Stand Up To Bullying”.

Charitable Choices: The Canadian National Institute for the Blind (CNIB)

We had the chance to talk with Monica Henao, Content Manager and Lead Producer at Get REAL, about how they […]