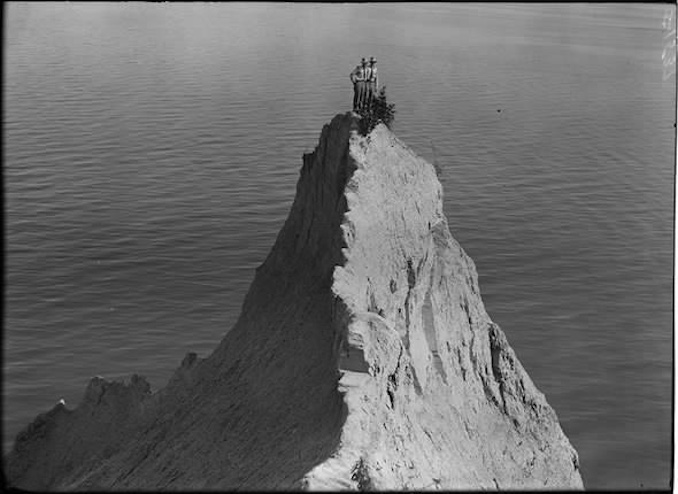 One of the most significant natural features of this city cuts across our great river valleys, running mostly parallel to the lake. It rises high from the Humber to the Don, then again from the Beach through Scarborough. There its sheer cliffs, known as the Scarborough Bluffs, rise up to 100 meters above the shoreline, with the waters of Lake Ontario tearing away at their base.

When the expressway in and out of the city was the lake, plied by sail and steam ships, the Scarborough Bluffs were our CN Tower – the first and last visible feature travelers saw from the east. No doubt a landmark and point of conversation for Aboriginal canoers paddling the lake, then for the first French explorers in the 1600s, the Bluffs were also noted by none other than Elizabeth Simcoe, the adventurous, talented, and intrepid spouse of our first Lieutenant Governor. “The shore is extremely bold & has the appearance of Chalk Cliffs,” she wrote in 1793, “but I believe they are only white sand—they appeared so well, that we talked of building a summer residence there & calling it Scarborough.” The name stuck. 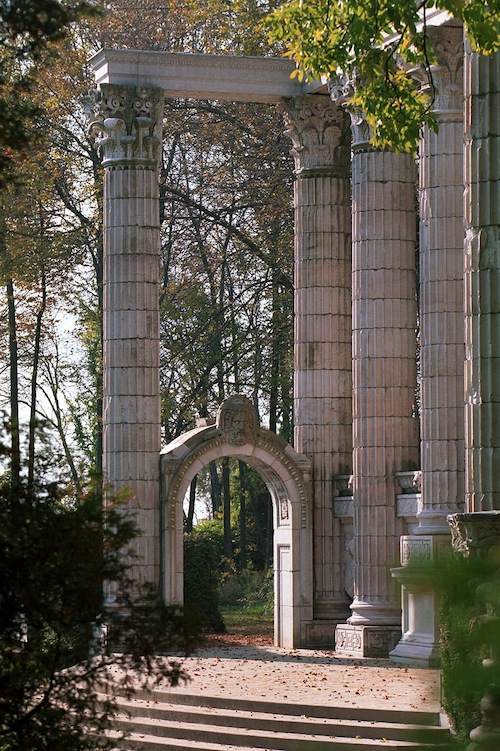 The bluffs are, in fact, the shoreline of an ancient glacial lake, Lake Iroquois, that predated Lake Ontario. At its prime, Lake Iroquois had water levels about 30 metres higher than what we enjoy today – courtesy of a St. Lawrence River dammed by ice. When that ice dam gave way, lake levels dropped dramatically, leaving us the bluffs.

Sitting atop the bluffs is a cultural gem: the former Guild Inn and its offspring, Guildwood Village and the Guild Park.

At the heart of the Guild Inn’s story are inspiring views from the top of the bluffs. In 1914, a successful military man, Colonel Harold C. Bickford, staked his claim on those views, and built a large estate house with stables for his horses and a garage for his cars. In 1932, Bickford’s house began its transformation into the Inn, one of Scarborough’s most visited sites.

The Inn, a rambling series of additions onto the old house, still stands today. Be warned. It’s in a sad state, surrounded by fence and boarded up. But around it, the gardens created for its guests are beautifully maintained as a public park. Thanks to the original owners of the Inn, Spencer and Rosa Clark, the park is in part a surprising memorial to some of Toronto’s most significant lost buildings. When those buildings were demolished in the rush of post-war development downtown, the Clark’s arranged to have their remnants – carved stone columns and sculptural details – brought out to the Inn to grace its lawns.

You can still get a very good sense of the magic that once made this place a household name across the city. And one of the best ways to do that is to join Heritage Toronto’s tour of Guild Park: Where Art Meets Nature on Saturday, July 6, 2013 at 1:30pm, a tour designed and led by enthusiastic volunteers from the Friends of Guild Park and Gardens. On this tour you will hear stories of the Guild of All Arts, its founders, and resident artists, and learn about the outdoor sculptures, and architectural artifacts from Toronto buildings that grace its gardens. For more information visit http://heritagetoronto.org/programs/tours/walks/

By Gary Miedema, Chief Historian and Associate Director at Heritage Toronto. A version of this article originally appeared in Collections magazine http://harveykalles.com/collections-magazine

Our Favourite Places to Picnic in Toronto