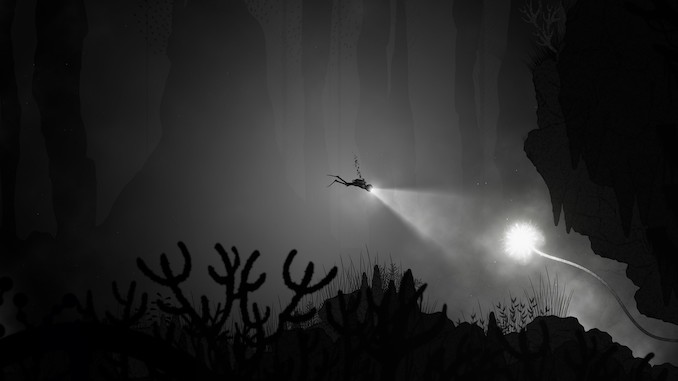 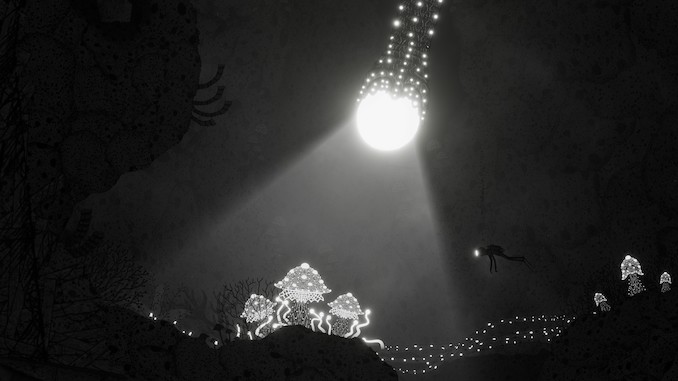 Silt is the debut title from UK developer Spiral Circus, a micro indie studio with dreams of “bringing surreal art to life in games“. As debuts go, Silt is quite good, if derivative – a 2D puzzle-adventure title so heavily influenced by indie sensation Limbo it might as well be called Limbo 2.0.

While mimicking Limbo‘s black-and-white aesthetic and spooky puzzle vibe, what elevates Silt above other Limbo clones is its hand-drawn environments which, combined with more traditional video game animation, gives it the feel of a picture book come to life. If you’ve ever wanted to play an Edward Gorey video game, Silt is where it’s at. 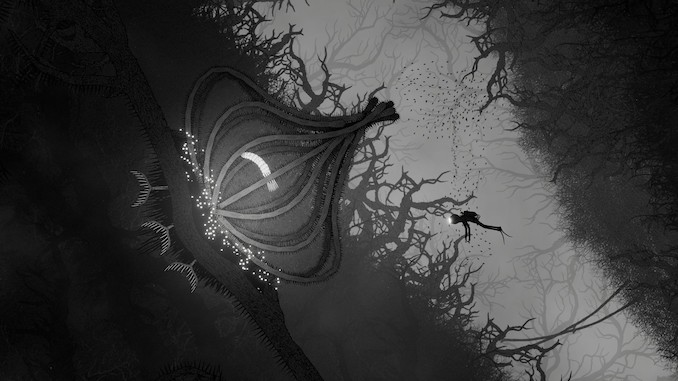 The player-protagonist of Silt is a scuba diver with an unusual ability. At any time, they can extend a light beam – almost a tentacle – out of their body, and temporarily “possess” any one of the dozen species of sea creatures swimming about the murky depths. Most creatures – there are fish, eels, jellyfish, and other, stranger things – have a unique ability that can be exploited to solve environmental puzzles. A piranha-like fish with sharp teeth can chomp through objects, for example. Another creature, a glowing fish, can illuminate dark areas. It’s a neat mechanic, it works well, and it’s just begging for a Silt 2 with more than twelve species to work with.

Silt is a game in which every puzzle is a death trap, and every puzzle failure is a death. Typically, you’ll encounter an environmental hazard, or some type of hostile creature, which must be maneuvered around using the “possessable” creatures nearby. That piranha fish might cut into a chain holding up a large and deadly boulder, or a speedy “Arrowfish” can zip past a foe to search for alternate routes. Unfortunately, given that Silt is largely built around trial-and-error puzzle solving, this also means you spend an inordinate amount of time replaying the same sequences over and over, watching your lil diver buddy die over and over as you attempt different strategies.

Some of this is okay (and very Limbo like), but a lot of the puzzles are needlessly repetitive. For example, you might have to sneak past five of the same type of enemy. Annoyingly, once you’ve figured out mechanically what you need to do, the game then forces you to repeat that same “solution” five times in a row, for all five enemies. Given that a lot of puzzles require multiple steps – swim here, possess this enemy, swim there, possess that enemy – you wind up spending an inordinate amount of time doing repetitive tasks that just serve to pad time onto a relatively short game. It also doesn’t help that, in a throwback to older puzzle games, certain solutions require that you travel between multiple screens. There’s nothing quite so frustrating as aimlessly wandering between screens until you find a creature that you think might help – only to find out you picked the wrong one. 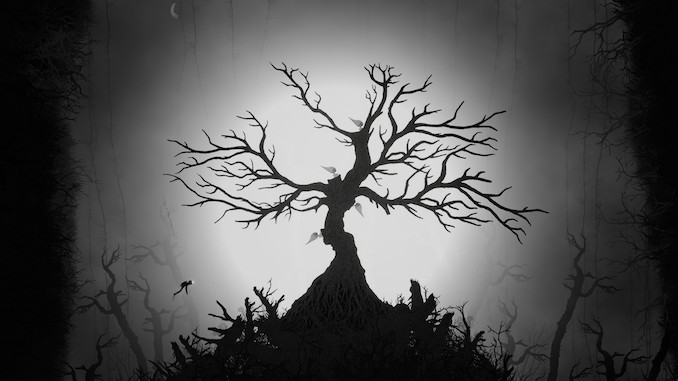 WATCHER IN THE WATER

Silt‘s saving grace is its aesthetic. It really is one of the loveliest 2D video games I’ve ever played, and, some annoying puzzles aside, it’s quite satisfying to navigate its four-chapter adventure. The gloomy black-and-white environments evoke a feeling of helplessness and loneliness, perhaps not quite so well as Limbo but in certain ways scarier, thanks to the underwater setting. The “boss fights”, which are basically large set-piece puzzles, are a highlight: the giant black-on-grey monsters that bar your progress can be legitimately terrifying.

Combined with a Journey-like approach to storytelling, in which details are spare but backgrounds and enigmatic cutscenes help colour in details, Silt is quite the enjoyable lil indie puzzler. At CAD $19.99, it’s also very reasonably priced. If you’re a fan of spooky underwater movies like Jaws or The Abyss, or if you like the Limbo style of gloomy horror puzzles, Silt is definitely worth checking out. Hold your breath. Ignore that creeping feeling on the back of your neck. Don’t look down.

Streets of Rage 4 (PS4) Review: All the Right Buttons

Our review of Streets of Rage 4, developed by Dotemu, Lizardcube and Guard Crush Games. Released on April 30, 2020 […]