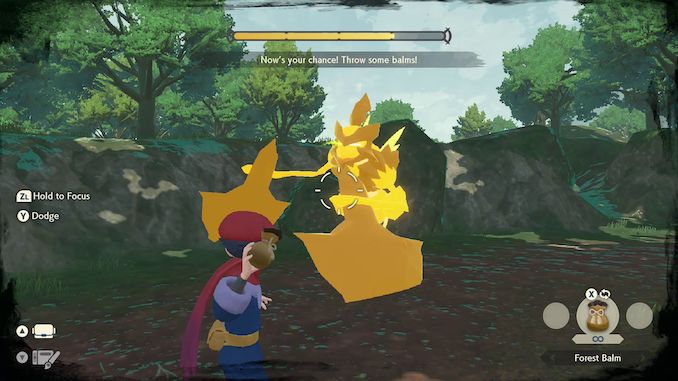 Not Monster Hunter meets Not Ni No Kuni meets Not Final Fantasy. 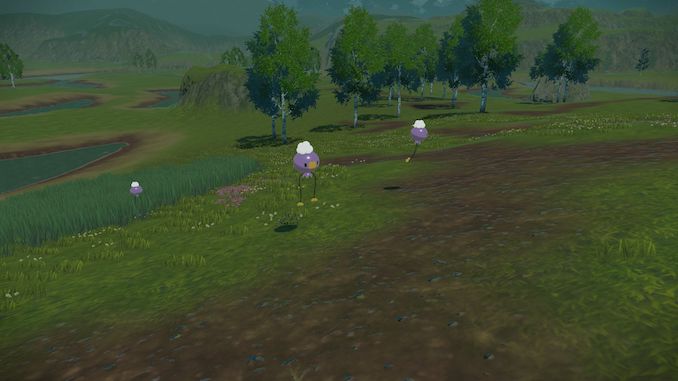 It’s kind of hilarious to be playing a PS1-style JRPG in 2022. Yes, Pokémon Legends: Arceus is a Nintendo title, but it has all the hallmarks of a Final Fantasy VII or a Dragon Warrior VII, right down to the turn-based combat, lack of voice acting, tinkly MIDI soundtrack, and mediocre graphics. Granted, Arceus looks closer to a PS2 title than a PS1 release – hello, 32-bit graphics! – but it sure does stand out next to contemporary JRPGs like Final Fantasy VII Remake. Mechanically, Arceus also has a lot in common with the vastly superior Ni No Kuni, arguably the last great Pokémon-style game, which benefited greatly from Studio Ghibli’s contributions.

Arceus is resolutely, defiantly old school. It’s as if Nintendo looked around, saw the modern market, and said ah forget it, let’s just make the game the N64 always deserved. I mean, the grass is a flat 2D texture painted green! I didn’t realize they made games like this anymore!

Don’t get me wrong – Arceus is fun, and as a complete Pokémon novice, I can see the appeal. I just wasn’t expecting to be slogging through hours upon hours of text-based conversation before escaping the tutorial. 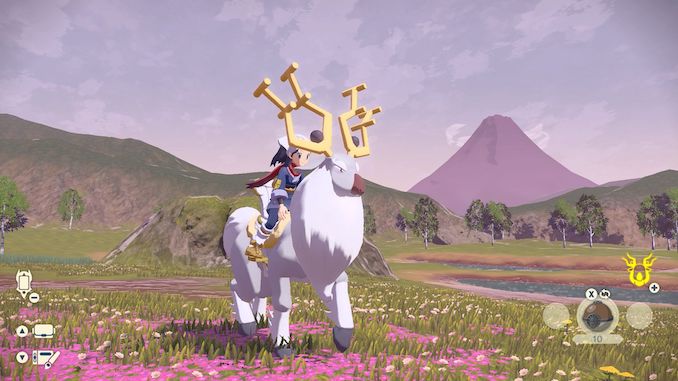 Pokémon Legends: Arceus was supposed to represent a great leap forward for Pokémon games. A series best known for its portable iterations, not least the still-popular Pokémon GO app, it’s really only had a handful of console-based successes, the Switch twofer Pokémon Sword and Shield among them. Arceus is clearly seeking to build off the joint successes of Sword and Shield, while resituating things to a prequel setting that doesn’t require a deep understanding of the lore. That’s helpful for gamers like me – this is the first proper Pokémon game I’ve ever played.

Still, gameplay in Arceus is so classic JRPG it would be silly to call this a step toward anything. Instead, you’re doing what JRPGs have always done, with depressingly outmoded graphics: journey off into different themed environments, track down Pokémon big and small (more on that in a moment), and engage in satisfying and easily understood turn-based combat. Yes, the best things about Arceus are the things that have always been best about this series: capturing a rare Pokémon, leveling monsters up over time, and growing from overwhelmed novice to ace Poké-master. The storyline is run-of-the-mill end of the world stuff, with a few timey-wimey hijinks thrown in. While many of the monsters are familiar, there’s little in the way of familiar faces: Arceus is set in a distant past, long before Gyms and Trainers and tree-themed Professors existed. 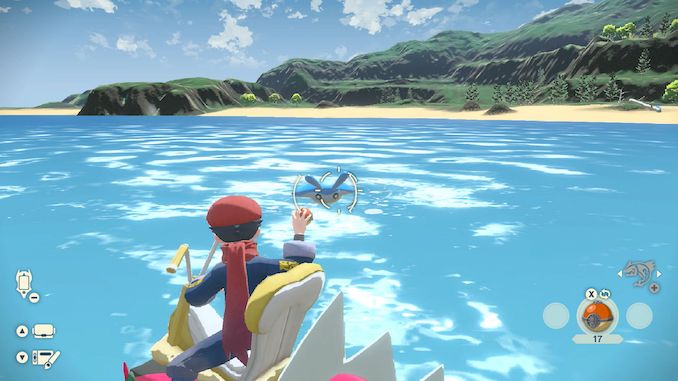 Arceus‘s neatest innovation is the random scaling of its monsters. Roaming the wilds, you never know when the next Pichu you encounter will be a one-and-a-half-foot cutie or a twenty-five-foot tall monstrosity. Encountering the larger Pokémon, particularly in their aggressive “alpha” form, helps to shake things up in a game that otherwise relies on (1) randomly scouting until you find a monster, and (2) either tossing out a Poké Ball to catch it or entering a simple turn-based battle until you whittle down its health enough to catch it. Alphas, on the other hand, are big and mean and act as appropriate XP walls forcing you to grind until you’re strong enough to defeat them. In a way, it reminds me of the recent Legend of Zelda titles, where you can easily find yourself up against an overpowered enemy which needs to be left alone until you level up and return to defeat it later. 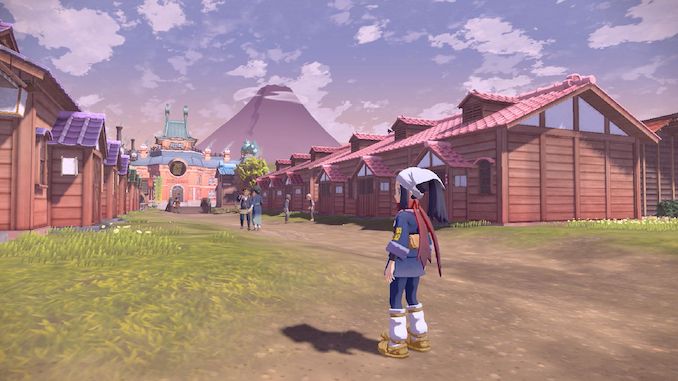 GOT TO CATCH THEM ALL

Arceus is fun, and will surely win over the Poké-diehards, but it’s difficult to commit to in the long-term.

The main story alone takes 20-25 hours, and completionists are clocking upwards of 60 hours in order to catch ’em all. That wouldn’t be so bad if the graphics were better and the core gameplay less repetitive, but the truth is that Arceus pales in comparison to something like Ni No Kuni, a game twice as long but with infinitely more appealing graphics, story, and combat. Catching monsters in Ni No Kuni was never boring, because it was always fun to watch. Completing a Pokédex entry by diligently completing research tasks – catch X number of a certain breed, observe it doing the same move Y times, etc. – just isn’t that compelling. You’re likely to fall asleep long before you catch them all, and you won’t even have Jigglypuff to blame.

Overcooked! All You Can Eat Edition (PS5) Review: Yum

Our review of Overcooked! All You Can Eat Edition, developed by Ghost Town Games/Team17. Released on November 12, 2020 for […]