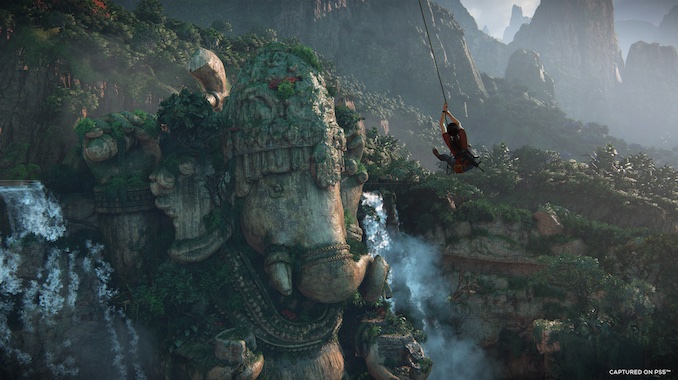 A next-gen makeover of PS4 titles Uncharted 4 and Uncharted: The Lost Legacy.

It’s the games you remember, with nicer lighting and water effects. And it’s only $15 if you already own them on PS4.

People who watched that Uncharted movie trailer and thought, good god, all due respect to Tom Holland, he seems like a nice guy, but I’ll take the real Nathan Drake any day. 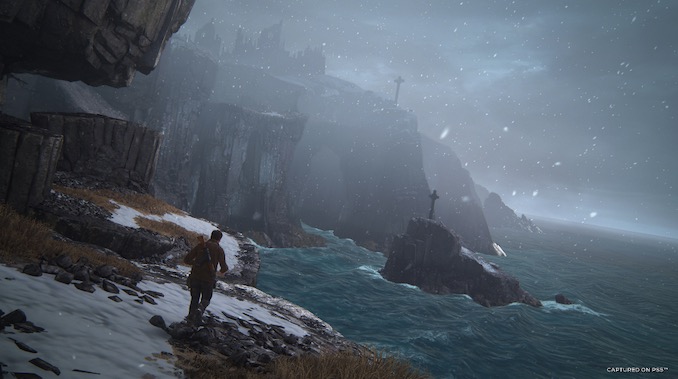 RAIDERS OF THE LOST ARK

Let’s be honest here: the only reason we’re getting a new Uncharted remaster is thanks to the upcoming Uncharted movie. Which, judging by the less-than-enthusiastic response to its trailer, is going to need all the help it can get.

Baby-faced casting choices aside, Uncharted has always been an odd choice for a film adaptation. The whole point of Uncharted was to give us a playable Indiana Jones. Strip away that interactivity, and all you’re left with is Discount Indy – one that, judging by the trailer, relies on shoddy CGI and an actor barely old enough to play Young Indiana Jones. (Incidentally, I quite like Tom Holland. I think he’s a marvelous actor and one of the best parts of the MCU. He’s just ill-suited to this role.)

Anyway, pessimism aside, even the best Uncharted movie is unlikely to capture the magic of the games. There’s something about being Nathan Drake that can’t be replicated with even the best celluloid homage. With that in mind, let’s take a look at the Uncharted titles Sony’s chosen to roll out along the hype train. 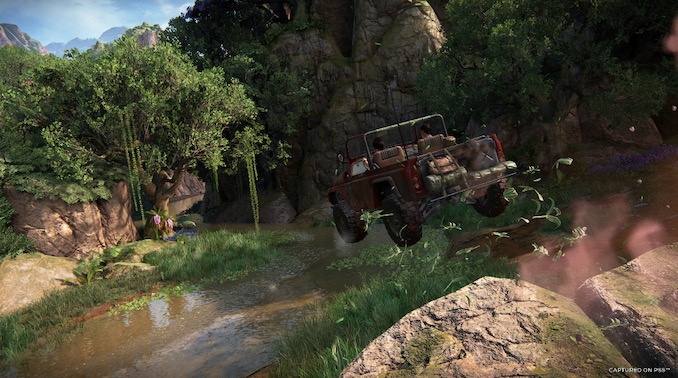 Uncharted 4: A Thief’s End is not my favourite Uncharted. That honour goes to Uncharted 2: Among Thieves, which opened with protagonist Nathan Drake waking up in a crashed train, dangling over a mountain’s edge, thereby initiating a proud series tradition of launching every game in media res.

Uncharted 4‘s opening ain’t bad – a motorboat chase through a dark and stormy seascape, unknown assailants bearing down on you – but it can’t compare with that jaw-dropping opening in Uncharted 2. And that’s true across the board in Uncharted 4: while it has great gameplay and some fun ideas, it’s rare that anything will surprise you. Mostly, Uncharted 4 feels like a natural evolution of what came before: more action, more gunplay, more quips, and more over-the-top set-pieces. There’s nothing wrong with that, but it’s treading very familiar territory.

It’s clear why Sony picked Uncharted 4 for a PS5 showcase, though: Tom Holland has gone on record saying the movie is inspired by this game, and the trailers have already nodded to the presence of the “other” Drake, a character who features heavily in 4 after going unmentioned in the original trilogy. That said, the original trilogy does have a nice beautiful PS4 remaster collection just sitting there, so it’s disappointing that for the first PS5 remaster, Sony decided to go with the final game (and its spinoff, which I’ll get to in a moment).

As it is, Uncharted 4 is a fine, fun, and safe adventure: it does exactly what you’d expect an Uncharted game to do, but not that much more. And if you’re coming to the series for the first time, a lot of its major story beats will be lost on you. 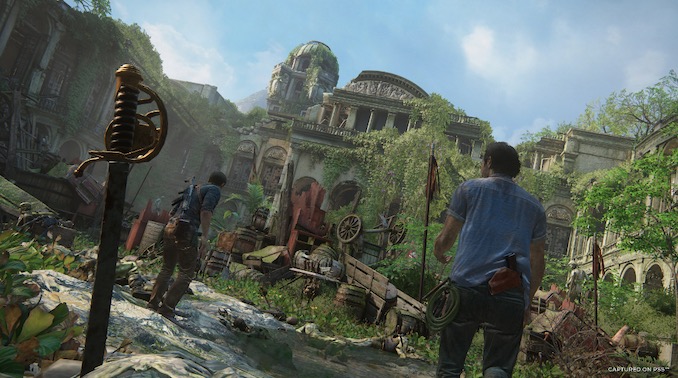 Uncharted: The Lost Legacy is an even weirder choice for a Hollywood hype cycle. A largely overlooked expansion for Uncharted 4, it stars secondary characters Chloe Frazer and Nadine Ross in a fun but instantly forgettable India-set adventure. Still, there’s quite a bit to like about Lost Legacy, from its shorter playtime (seven hours to Uncharted 4‘s fifteen) to its pair of likable lead characters who spend the entire game mistrusting and betraying one another. Chloe Frazer is a fan favourite, and she does a great job of carrying the game on her bold, brash shoulders. Plus, in a medium still plagued by deep-seated gender biases, it’s nice to play a game that so resoundingly passes the Bechdel test.

Lost Legacy‘s affection for its leads informs gameplay as well, with Chloe and Nadine tag-teaming on Arkham-style melee combat, and cooperating on environmental puzzles as they navigate the game world together. It’s nothing groundbreaking, but it’s refreshing to play a game that relies on AI co-op that actually works. Oh, and the voice acting, as we’ve come to expect with this series, is aces. 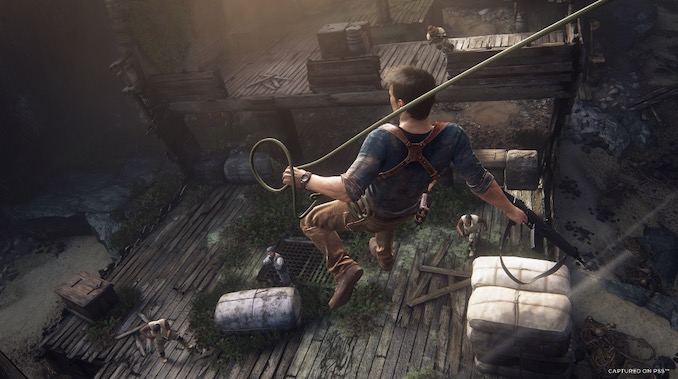 Legacy of Thieves is a bit review-proof. The original games are so good, and so informed by modern gaming sensibilities (some of which Uncharted originated), that they’re just as fun to play today as they were at release. If you happen to own them on PS4 already, they’re also dirt-cheap to pick up as a PS5 upgrade, a release model which other developers will hopefully emulate in future.

But if you haven’t played Uncharted before, and you’re wondering what all the Hollywood buzz is about, I’m not sure I can recommend these as a jumping-on point. Uncharted 4 is especially inaccessible if you haven’t followed Nathan Drake’s adventures since the beginning; a bit like hopping onto Star Wars at Return of the Jedi. The spin-off title Lost Legacy is an even harder sell, a side-story intended mostly as a reward for dedicated fans. (To extend the analogy – the Mandalorian is pretty good, but I wouldn’t recommend starting there either.)

I’m sure Tom Holland will love it though.

Our review of Fatal Frame: Maiden of Black Water, developed by Koei-Tecmo. Released on October 28, 2021 for PS5 (Reviewed), […]