Our review of Death Stranding Director’s Cut, developed by Kojima Productions. Released on September 24, 2021 for PS5. 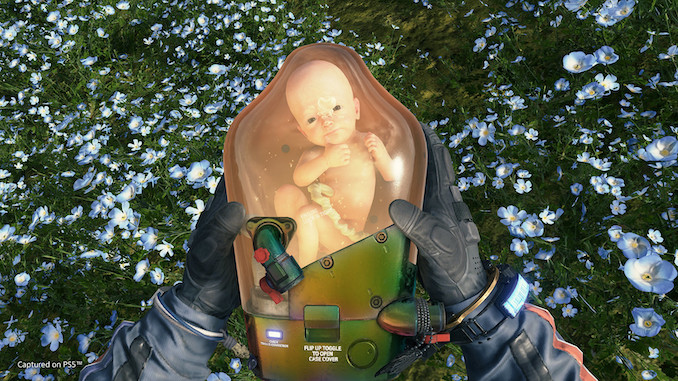 An overhauled version of the world’s greatest delivery man simulator.

In its own weird, circular way, sure. 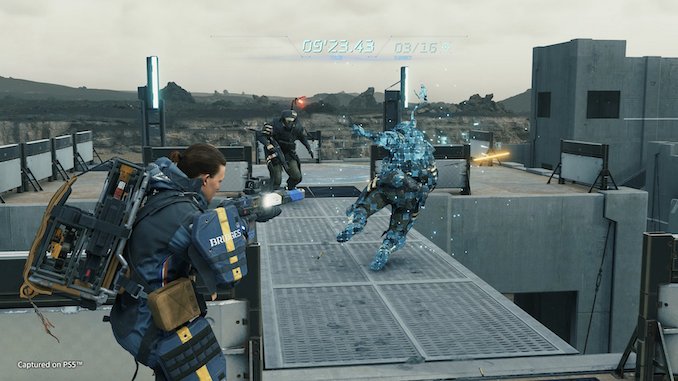 I admit it, I struggled with the original PS4 release of Death Stranding. The brainchild of gaming auteur Hideo Kojima, I found Death Stranding needlessly confusing, overlong, and user-unfriendly.

Happily, the director’s cut of Death Stranding is here to alleviate some, though not all, of the original’s weaknesses. It’s still the same, weird, delivery man simulator with overwrought melodrama and kooky pseudo-science. But if you can get past its more alienating aspects, there’s a journey worth experiencing. 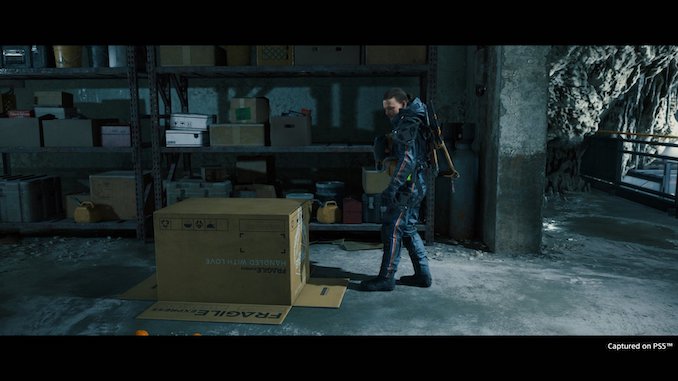 SOME KIND OF SERIES OF TUBES

Death Stranding has a complicated mythology, but the basics are as follows: prior to the game, a cataclysmic event occurred in which hordes of undead “Beached Things” – which may or may not be lost souls – crash landed on our planet. This “death stranding” caused massive blackouts and the near-total collapse of global infrastructure. Now, isolated “knot cities” dot the U.S. landscape, with protagonist Sam on a mission to deliver what amounts to a bunch of USB Internet Keys, connecting each city to one another. Of course, it’s not simply a matter of getting from Points A to B to C. People are skeptical, and insist that Sam undertake delivery missions in order to win their trust.

Standing in Sam’s way are the aforementioned (and genuinely terrifying) Beached Things, along with terrorists, bandits, and other, weirder things. Also, Sam is plugged into an unborn foetus and experiencing persistent visions of Mads Mikkelsen making goo-goo eyes at him. So, yeah, there’s that too.

Much has been made of the fact that Death Stranding is a glorified delivery man simulator. This is correct. 9/10ths of the game consists of Sam travelling around with a precariously balanced stack of cargo. Unlike Solid Snake with his infinite equipment pack, every single item Sam carries is a visible, physical object, lugged around on his back, or on one of the game’s unlockable vehicles. It’s just as annoying as you’d expect. It’s also plagued by a few too many cutscenes, an endlessly confusing web of menus, and the persistent feeling that you’ve been conned into the world’s lamest fetch quest.

That said, the director’s cut does remedy some of this by doling out more vehicles, Power Suits, and other upgrades which make transporting cargo significantly easier. Still, that’s the game: carrying stuff, watching a cutscene, then carrying again. If Hideo Kojima is trolling us, then he’s trolling well. 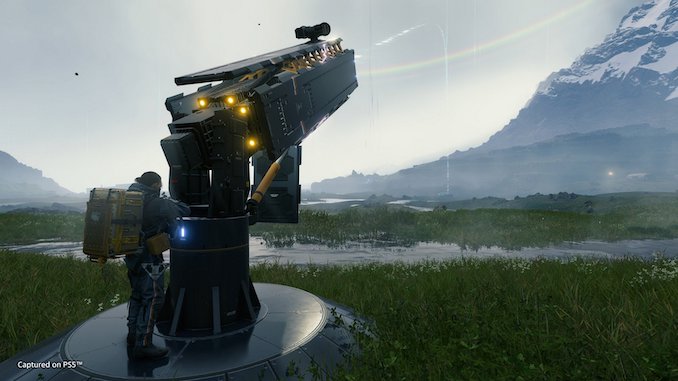 OF BTs AND BBs

Protagonist Sam has a unique relationship with the “death stranding” phenomenon, and personal reasons for wanting to see the U.S. reunited. That’s good, because Death Stranding‘s core gameplay loop is so boring that, without compelling storytelling, there wouldn’t be much here. The presence of Reedus, alongside other notables like Léa Seydoux, Mads Mikkelsen, Lindsay “Bionic Woman” Wagner, and Guillermo del Toro(!), certainly underscore Kojima’s cinematic intent, even if it’s sometimes to the sacrifice of gameplay.

About that cast: the virtual versions of Reedus et al really do look like the actors playing them, and  considerable care has also been given to the voice direction, overseen by long-time Kojima collaborator Kris Zimmerman Salter. Kojima’s cinematic sensibilities come through in other ways as well, such as the intertitles that introduce each chapter. One of the nicest touches is the soundtrack, with its well-timed deployment of a number of lovely indie/folk tunes at key moments.

The characters are also interesting: 70s icon Lindsay Wagner puts in solid performances as older and younger versions of herself, something only possible in this medium. Mikkelsen is yet again cast as a spooky villain, though it’s obvious that Kojima understands the man’s talents, drawing from him a sympathetic, nuanced performance. Seydoux does the most heavy-lifting as “Fragile”, a courier of ambiguous motivations and, this being a Kojima game, a terribly tragic backstory. While probably the best of Kojima’s female characters to date, Fragile can’t quite escape the director’s worst tendencies, including one wholly gratuitous quasi-torture scene. Do better, Hideo. 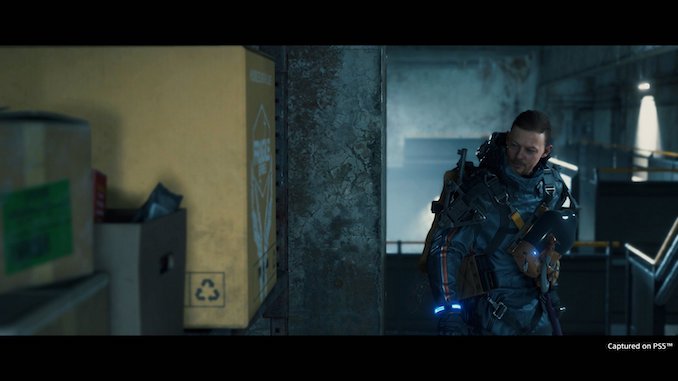 WHAT’S IN THE BOX

Death Stranding Director’s Cut is effectively the same game as the original, with a few new and welcome trappings. Obviously, it looks better, and loads quickly. That’s all well and good, but what really matters are the quality-of-life upgrades. You can carry more stuff, faster, and earlier in the game. There’s a new weapon that changes the dynamic of human enemy encounters, though not much has changed in how you fight the undead. And yes, there’s a Yoji Shinkawa-designed mech, almost like some kind of metal… gear…

Thanks to these changes, Death Stranding is no longer quite the dull walking simulator that it was back in 2019. It’s not an action masterpiece, and it’s still too wrapped up in a mythology not half as interesting as Kojima thinks it is. But it’s fun enough, and the non-delivery parts are exciting and dynamic. The boss sequences are, as always with Kojima, a highlight.

Death Stranding‘s asynchronous multiplayer element is also interesting. In essence, it’s a way to share with other players, and to benefit in return – not unlike a Souls title. For example, you can drop surplus cargo in a “shared locker”, as a donation to others. Similarly, players might build a ladder or fix a rope to a cliffside, so that someone who comes along later is able to navigate difficult terrain. I quite like how the game offers little reward for doing this: the only real reward is extra “likes” in the in-game “social strand system”. As a less-skilled DS player, I’m enormously indebted to all the anonymous players who helped me simply because they felt like it.

Still, Death Stranding remains a solo delivery man simulator, no matter how much Kojima has proclaimed otherwise. You still spend too much time stranded in lonely outposts, besieged by monstrous foes, trying to pick up all those boxes you dropped. You still spend too much time off-balance, teetering under the weight of your comically large backpack. It’s not bad, necessarily, but it’s sometimes alienating and often weird.

But when the game opens up, when the director’s cut leans into the drama, when the wild stealth/combat sequences grip your attention, and when the quality-of-life upgrades make travel and transport easier, that’s when Death Stranding really… delivers.