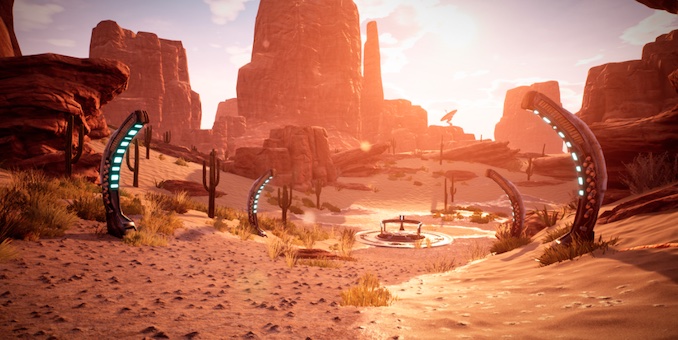 It’s a decent enough substitute for the real thing.

Are you waiting for Portal 3 ? 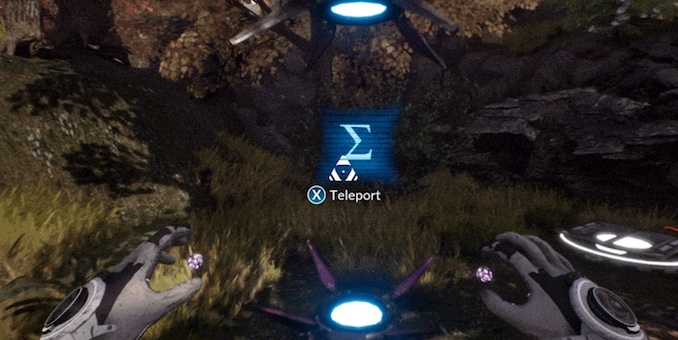 I have a soft spot for first-person puzzlers, especially physics-based ones. There’s something about Portal, Quantum Conundrum, the mind-boggling Antichamber – any game where you wander a lonely sci-fi/fantasy landscape, flipping switches, pushing crates. I can’t get enough of them, even if the less impressive ones tend to wear out their welcome long before they’re over.

Relicta definitely falls in the latter category – enjoyable enough at first, but there’s not much to see in its fifteenth hour that you haven’t already seen in its first. 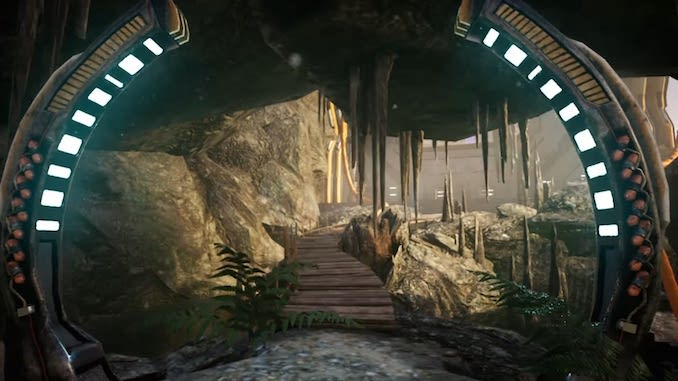 Relicta places you in the space boots of Dr. Angelica Patel, scientist and apparent sole resident of a research facility on Earth’s Moon. Dr. Patel is here to research the mysterious “Relicta” meteorite, an object that glows menacingly and, in the opening sequence, seems to be at the heart of a devastating “moonquake.” It’s a compelling enough framing, but soon enough, you begin to see Relicta – and Relicta – for what it actually is: a fairly generic physics puzzle in the Portal vein, but lacking that game’s humour and inventiveness.

Puzzles in Relicta all rely on the same basic mechanics. You need to make your way through a series of energy gates, which all operate on switches that can be unlocked through placement of companion cubes – er, I mean, “crates”. Your only real tool is a gravity gun – sorry, “gravity gloves” – which let you carry the cubes, manipulate their magnetic polarity (same-coloured objects repel, opposites attract), and temporarily deactivate gravity, leading to inventive sequences where you launch crates across a level (sometimes riding on top of one).

Ironically, for a game so focused on the physics of flying objects, the worst part of Relicta is its lack of momentum. Each stage is a discrete level, which you access from the same central hub (a mistake the comparable The Sojourn made as well). Games like this need a reason to keep pushing onward – a story interesting enough to pursue, and a coherent narrative reason for why you’re stuck doing puzzles. Portal, obviously, had this in spades. Relicta, on the other hand, amounts to little more than a series of “test chambers” like the ones parodied in Portal.

Relicta‘s levels themselves are beautiful, set in themed biomes such as deserts, forests, or snowy landscapes, but they feel disconnected. You finish a puzzle, return to the main hub, suffer through a terribly generic exposition drop, then hop back into the next puzzle. Honestly, you could take this exact game, the same puzzles, the same environments, but turn it into a fully explorable world à la The Witness, and you’d instantly have a more compelling experience.

As it is, the only real reason to keep solving puzzles is because you want the challenge of more puzzles. For a while, that works, but when the challenges become more fiendish and the physics get more finicky, that’s about the time most players will start looking elsewhere.

I appreciate what Relicta is trying to do, I really do. The best of its puzzles are quite fun to solve – intuitive, comprehensible, and rewarding once you solve them. The worst of its puzzles, the ones where you think you’ve solved something but your approach doesn’t work, so you try another approach for forty-five minutes only to discover you were right the first time, but the game’s physics weren’t behaving – those are the moments when you miss Portal (and when you realize that Relicta is very much an indie production; developer Mighty Polygon has a core team of five people, working out of a small studio in Valencia, Spain).

On the plus side, Relicta is very affordable – $20.00 at full price – and if you’re looking for something to fill that GLaDOS-shaped hole in your life, that’s a pretty sweet deal. But please keep away from children. Relicta is, bizarrely, the most foul-mouthed puzzle game I’ve ever played. You’d think Dr. Patel would know better.