Our review of It Takes Two, developed by Hazelight Studios. Available now for PS4/PS5 (reviewed), Xbox One, Xbox S/X, and Windows. 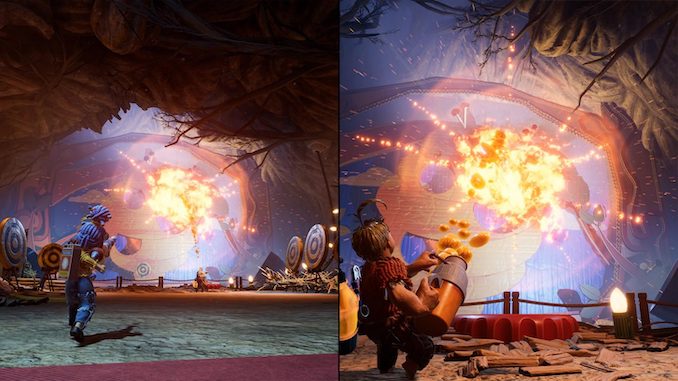 It is the antidote to the lockdown blues.

Distant friends, close friends. A roommate will do in a pinch. 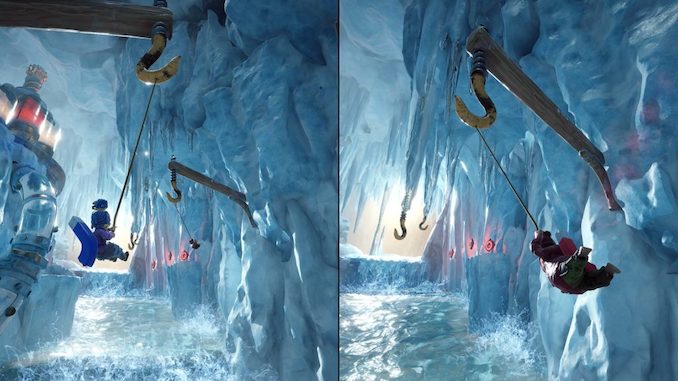 A TALE OF TWO BROS

Hazelight Studios founder Josef Fares is known for two things: being an obnoxious bro, and crafting some of the most enjoyable co-op (or cooperatively themed) video games available today. Fares’s breakout success Brothers: A Tale of Two Sons, a fantasy adventure, turned the co-op structure on its head by having a single player control two characters simultaneously (one analog stick for each character). The success of that game spurred the development of Fares’s next tile, the properly co-op (and gratuitously M-rated) A Way Out. A gangster thriller that’s aggressively self-serious to the point of parody, it won me over with its ever-shifting co-op mechanics – one minute, Player One is a getaway driver while Player Two rides literal “shotgun”; the next, the two players are frantically paddling a canoe down whitewater rapids.

Fares’s latest, It Takes Two, merges the kid-friendly fantasy aesthetic of Brothers with the madcap co-op gameplay of A Way Out. Even as it repeats some of Fares’s lamer tendencies – obnoxious main characters and plodding plot in particular – it won me over through sheer gameplay delight. I haven’t had this much multiplayer fun since the last time I hosted a Nintendo 64 Mario Party. 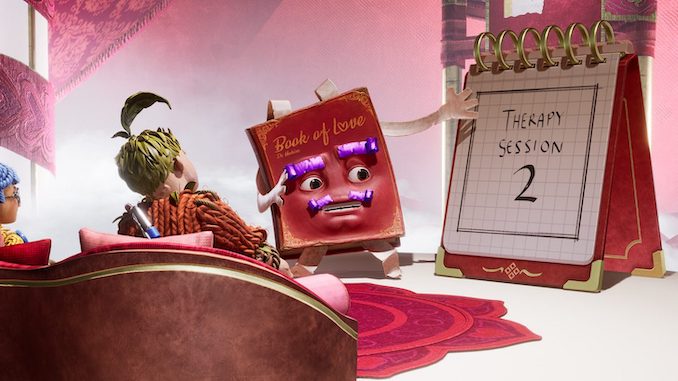 It Takes Two starts awkwardly, with the world’s least sympathetic parents announcing their divorce to a tearful preteen daughter. From here, the game swerves into light fantasy territory as the daughter’s tears, falling onto two beloved toys (conveniently one male, one female), magically transfer her parents’ consciousness into the toys. Not long after, the game swerves into bonkers fantasy territory – but more on that in a bit.

Initially, It Takes Two reminded me of the brilliant co-op adventure game Unravel Two, in which a pair of adorable “yarnie” characters swing and clamber their way through a dauntingly human-sized landscape. It Takes Two, like Unravel, takes great pleasure in placing its two toy-sized characters into settings straight out of Honey, I Shrunk The Kids: sneaking through a child’s playroom, doing battle with terrifyingly large insects, trying not to get squished or electrocuted by common household appliances.

However, It Takes Two quickly blows right by its semi-plausible “Incredible Shrinking” trope for a dive into surreal, anthropomorphic moustachioed talking book, territory. Based on the trailers, you’d be forgiven for thinking It Takes Two is about a couple of miniature people who, I dunno, climb a pillow mountain. In truth, it’s a game about a couple miniature people thrown into a deeply hallucinogenic landscape, in which household objects come to life in terrifying ways, camo-clad squirrels build robotic wasps, and – in some of the game’s best flights of fancy – your entire perception of the world dissolves into a kaleidoscopic nightmare. It’s awesome, and wholly unexpected. 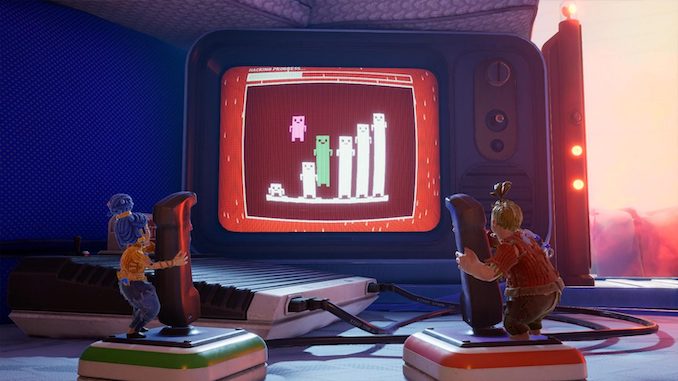 It Takes Two can be played in local co-op or online, with a free “Friend’s Pass” that only requires one person to own the game.

But the right co-op game requires the right kind of co-op partner. You need someone competent, to make it past the many puzzles and combat sequences that require precision timing. And just like in other partnerships (romantic, roommate, friend), you also need someone who doesn’t take things too seriously.

Played with the right person – in my case, my long-lost Vancouver roommate Rohit – It Takes Two is the funniest game I have ever played. My belly aches from laughing so hard, and my cheeks are wet from the (non-magical) tears streaming down my face. Rohit and I understand the fundamental nature of co-op, which is: (a) betray your partner as often as possible, and (b) never let a good friendly fire opportunity go unheeded.

It Takes Two understands this as well, habitually placing you in situations where one player’s progress completely depends on the actions of the other. Hold this platform so Rohit has something to stand on. Shoot that enemy so it doesn’t knock Jeremy over. Inevitably, especially if you’re an idiot like Rohit and me, It Takes Two devolves into the world’s dumbest game of self-defeating chicken: each of us daring the other to back down first, neither of us making any headway because of it.

At one point, Rohit and I collapsed from laughter exhaustion after I refused to do my half of a puzzle that involved, in sum: Rohit moving Item X to Spot X and Jeremy (not) moving Item Y to Spot Y. And each time it looked like I might finally put the damn thing where Rohit needed it, I’d swerve off at the last second, sending us both into fits of laughter.

That’s the essence of It Takes Two. On one level, it’s a compelling puzzle-adventure that makes good use of its surreal setting and innovative co-operative mechanics. At the same time, it’s a game that dares co-op partners to troll each other in the best and friendliest way possible. (It’s also, like A Way Out, rife with unlockable competitive minigames, every single one of which I lost to Rohit.) Sure, the maudlin divorce story and extremely irritating “Book of Love” character are poorly conceived, and mostly just get in the way.

But for pure “friendly fire” shenanigans, I can’t think of a better experience.

Visit the official page for It Takes Two here.