It’s staggering to think how much the world has changed since the start of the COVID-19 pandemic at the end of 2019. Markets dropped, recovered, and then wavered again. Nearly two million have died from the virus, while millions more have fallen ill. Unemployment in Canada and many other countries is higher than it has been in decades. While all of these changes are enormous, there have also been smaller changes in people’s personal lives. We simply live in a different world now and, to a certain degree, we’ll probably never completely return to the world we knew before Coronavirus. In short, this is the “new normal.” 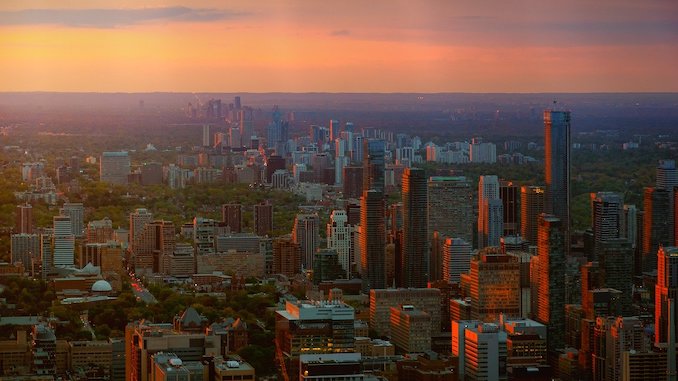 Many of the changes for Canadians have been devastating, while others have only been minor inconveniences. Naturally, wearing a mask everywhere you go is one of the biggest changes, but a lot of the changes are things that make daily life radically different. In any case, let’s look at 5 ways COVID-19 has changed life in Canada:

While Canadians have reported on spending more money on food in recent times, it’s not all about what they’re buying — it’s also about how long it takes to do it. On average, the time spent at grocery stores has more than doubled, thanks in large part to new safety measures. Every store can only have a certain number of occupants at one time, leaving long lines streaming out the door. Meanwhile, many stores are checking people’s temperature and offering hand sanitizer as they enter, slowing down the shopping process even more.

Partying Is a Thing of the Past

The holidays were anything but normal in 2020, as many cities and municipalities — including Toronto — put a ban on large gatherings. While families could still gather in small numbers, people who are accustomed to throwing large holiday parties had to settle for far less. It wasn’t just for the holidays, either. Since the World Health Organization (WHO) declared COVID-19 to be a global pandemic, bars, clubs, and other party-centered businesses have had to shut their doors for good.

People Are Eating at Home

In Toronto and most major Canadian cities, the food service industry was thriving before COVID-19. Nearly one year into the lockdowns and the industry is hanging on by a thread. Why? Because many people are stuck at home, but more importantly, the government has banned indoor dining at restaurants. While people can still do carry out or even eat outside at restaurants, the change has taken a toll, especially on smaller restaurants, bars, and cafes. Whether they cook the food themselves or order out, people are eating at home more than ever.

If you were to walk around the schools throughout much of the country, you wouldn’t see any children in the classrooms. To help promote public safety, the Canadian government has instituted a strict policy that requires parents to either home school their children or provide an environment in which the students can learn online. Either way, most kids are staying at home for the foreseeable future. However, Ontario is looking for ways to keep schools open by implementing strict safety protocols, including only admitting asymptomatic children.

Though some parts of the country have reopened (to a degree), most non-essential gathering areas — like public parks — are staying closed. Since gatherings of more than five people in one place are banned in most of the country, it only makes sense to close dog parks, regular parks, and playgrounds. Unfortunately, it gives Canadians one less way to break the lockdown boredom and get some fresh air.

Canadians are having to learn to live in a very different world than they knew just one year ago. However, vaccines are being approved and rolled out throughout the country. As the population gets vaccinated, some of these changes will likely get rolled back. That said, we may see some of these shifts in lifestyle go on for years to come.