Italian-Canadian Alt Pop artist Alessandro began his career performing at local open mic nights and festivals in the warm hearted Bari, in the south of Italy. While studying languages he decided to put this path on hold to pursue music full-time. Touring the Italian peninsula has led his reputation to grow culminating with the release of his first official single in 2016, “Strane Parti di Me” that he showcased in local radios and tv shows. Alessandro is a multi instrumentalist and easily connects with his fans making them feel part of his world, performing with guitar and piano on stage. In recent times his main influences have been acoustic folk pop gurus John Mayer, Ed Sheeran, as well as going back to the raspy and rock vibes of Linkin Park, Sum41, My Chemical Romance, and some Italian Pop-Rock bands like Le Vibrazioni, Modà, The Kolors, Subsonica.

He moved to Toronto in 2016 to pursue a bigger dream, play in a bigger city, and experience busking in the streets of “The Six”. In 2019 he started working with local producers “Atom” and “Blvxz” in order to finalize his sound and create his new trademark.

He gets to bring his story to the main Canadian-Italian radio “Chin Radio” and sings for the people in Little Italy with thousands of viewers. Thereafter Alessandro performs for Youth Day Festival on the Main stage, in the astonishing Yonge & Dundas square showcasing some of the new tunes and collecting an overwhelming reaction from the crowd.

In the journey of always trying to uplift people’s spirits and inspire them to believe in their dreams, during the 2020 global pandemic Alessandro gets to meet Brent Doctolero known as “Karizma”, and together they release a new single called “1 Race”, the song that will represents the change that we all want to see in the world.

2021 is the year he will release his new EP, an Alternative pop project anticipated by the new single “LIFE” 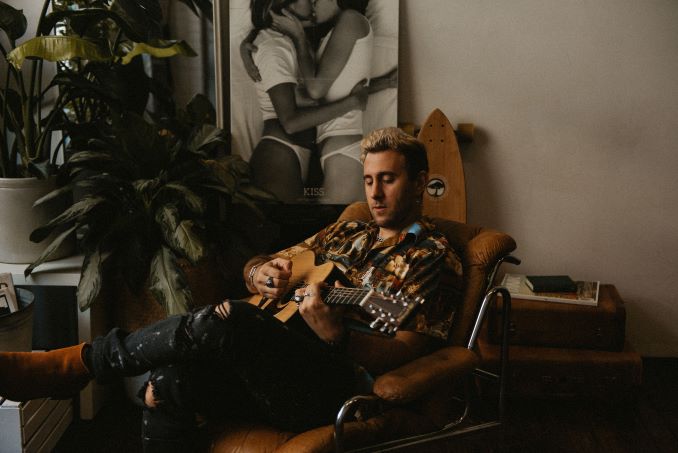 Founded: I’ve been writing and performing in front of people since I was 10 years old, but I’ve started releasing my music in 2016 as a solo artist.

# of Albums: My next single in the making, is called “Life”

Lately you can catch me at CIBO having a nice plate of pasta!

I recently had the chance to meet the “Command Sisters” and I gotta say they are pretty cool girls!!

This one is hard. But I’ve tried Sneaky Dees nachos and they were great so I’ll have to go with that on this one!

I love queen st. for the alternative stores and vibes during the day

Well I moved in Toronto in 2016, and for some odd reason I still haven’t visited High park :/ so I’d say Trinity Bellwoods.

Nowadays I gotta go with EP, is the most convenient format for new artists!

I love being in studio and recording ideas, but performing live is what keeps me going.

You guys can find me as Alessandro Montelli on all streaming platforms, and as @alessmontmusic on all social media!

During quarantine I’ve been doing a lot of online gigs and live streams, and in the past few weeks I’ve been performing/busking with some friends in random spots in Toronto to promote my new song “1 Race“. Please check and share the Official Music Video with everyone as we think this song represents the current times and it will inspire all of us.