102.1 The Edge radio show host Kevin Getz recently released a comedy album comprised of his favourite segments from the last year accompanied by some commentary and never before heard audio. We spoke to Kevin to find out more about his comedy style, his influences and the new album. 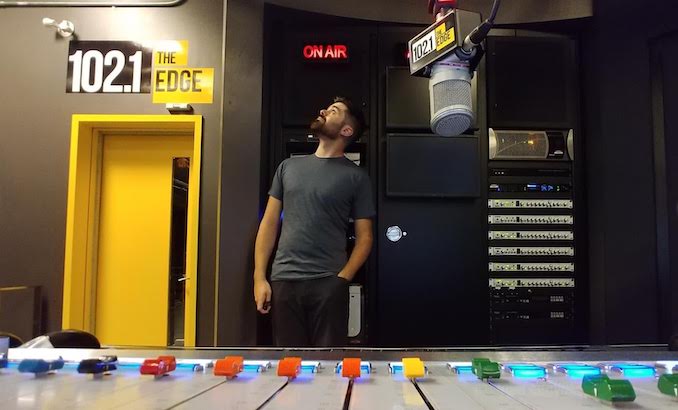 The three words I would use to describe my style would be creative, authentic and indescribable. I try to make sure everything I do hits those three marks.

Someone once texted the station to say “Bro. I can never tell are you dumb, smart or brilliant?” and if listeners are thinking that then I’m doing my job.

Stephan Colbert on the “Colbert Report” was on the top of his satire game right when I first started getting into comedy. Later I started watching guys like Bo Burnham and Nathan Fielder. The polish they put on everything they do is something I always try to emulate with what I do.

Most of my early comedy was from late night hosts. Watching a combination of Jon Stewart, Stephan Colbert and Conan probably shaped my approach to comedy more than I realized for a long time. I think this is why my radio show is built more like a late night television show.

Nathan Fielder. Everything he does leaves me with a feeling of damn I wish I thought of that and there’s no way I would’ve thought of that. If I can leave anyone with that same feeling then I’m on the right track.

Every radio show takes between 1-2 hours to prepare. That’s a combination of reading about music and local events. Put that together with anything I want to talk about and what The Edge is involved with. That makes the bare bones of a show.

Before sitting down to go on air at the start of the show, I’ll fill my water bottle and take off my shoes. I know lots of radio hosts don’t wear shoes when they host. I’m not alone in this. It only sounds weird if you don’t know other radio hosts. I swear. 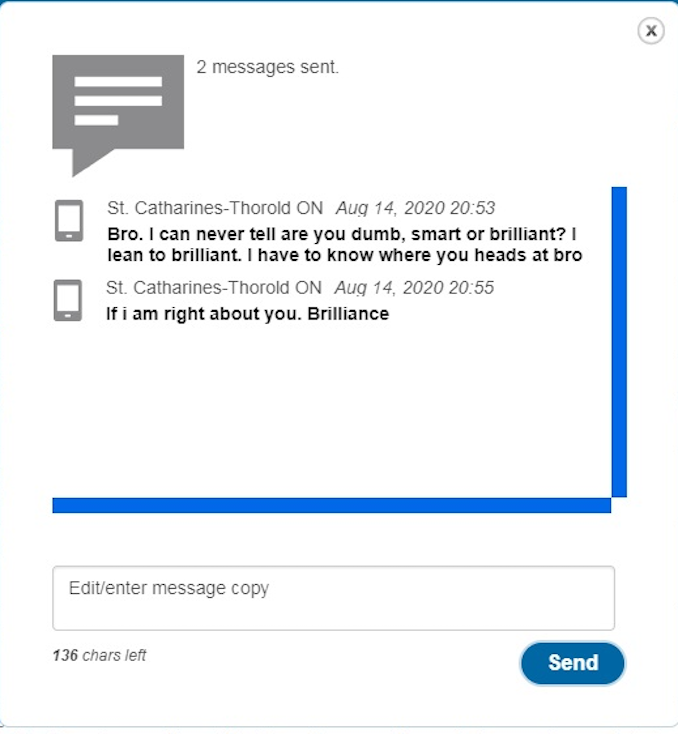 102.1 The Edge is a very cool space to perform. I’ve been on a handful of radio stations in my time but the team at the Edge is very open to hearing ideas and letting me run with them. It was a bit intimidating when I first started knowing that there are listeners on the other end of the mic who have been with this station longer than I’ve been alive. It was especially rewarding when they enjoyed what I was doing.

I used to enjoy getting out to Comedy shows back when that was still allowed. I’d like to get back to that at some point when it’s safe.

Do you have anything to promote right now

My debut album. “Kevin Getz – On Air”. It’s made of my favourite segments from my first year on The Edge. (Fall 2019-Summer 2020) I’ve added some behind the scenes commentary and never before heard audio. Very proud of it. All money from the Album (sales, streams, everything) is going to the dog rescue “Thank Dog I Am Out”. They do great work and I’m happy to help them whenever I can.

Two guys I know from radio who are talented and funny.

Despite the name a bus shelter won’t protect you from a bus attack.