They say the key to writing a truly great song is sticking with what you know. For Toronto-based musician Nickie Minshall, that was the first step to realizing who she was as an artist. Now, Nickie is getting ready to step into the spotlight with her debut single “Watch Your Step”, digitally released on May 15. Blending what the artist describes as warm-you-up indie pop with a singer/songwriter softness, her first solo track is an uplifting anthem for over-thinkers; one she’s hoping fans will resonate with on a personal level.

It’s the first song the musician has ever tackled solo, drawing inspiration from her own life and busy mind. Billed as a ballad for those seeking change, “Watch Your Step” draws from Nickie’s own state of self-proclaimed “romantic panic” – a wrestling match between what you want to do and what you should do, if only inside your own head.

“All told, it’s a message of hope and new beginnings,” she explained. “But it’s also about that desire we all have to look inwards and really think about our lives, and who we surround ourselves with, and what we want to change — regardless of what anyone else may say.”

It was one particular and very personal experience that got Nickie writing, even though she may not have known it at the time. Now, looking back and taking a deep dive into the lyrics, she describes writing the song as a kind of unintentional therapy.

“I’ve always been terrible at talking about my feelings, even though I know it helps. The lyrics and melody for “Watch Your Step” flowed right out of me one day, as if I subconsciously knew I was done bottling everything up. It was the first song I ever actually finished. The words and imagery are cryptic, but they make so much sense to me in hindsight – sometimes you have to abandon what’s comfortable, stop over-thinking, and go with your gut.”

Already known for her sweet, soulful voice from her time with indie band UKAE, Nickie is no stranger to the stage – among other accomplishments, the band released their EP Morning Story to a sold out Lee’s Palace, and opened for both Daniela Andrade at Adelaide Hall as well as Courtney Barnett at The Silver Dollar in Toronto. Featuring an energetic blend of rock ‘n’ roll with a touch of folk, UKAE evolved over five years from an acoustic duo to a five-piece band with a lively, powerful sound. Alongside Taylor Whittaker (Baby Tay), Nick McKinlay (Fast Romantics), Tim O’Reilly (The Barrel Boys) and Andrew Dawson (Gold Complex), Nickie and the ensemble garnered fans across The Big Smoke and beyond.

Since UKAE’s farewell show two years ago, Nickie’s been working on honing her craft and writing her own material for the first time in her musical career. With the help of producer Andrew Dawson, UKAE’s former lead guitarist, “Watch Your Step” was recorded in a home studio in Dundas, Ontario near the end of 2019.

Nickie’s debut single showcases an artist influenced but unconstrained by the many genres she’s dabbled in – from folk, to EDM, to indie rock and back again. With two more singles to be released later this summer under the same delicate singer/songwriter pop umbrella, Nickie’s finally found a solo musical style to call home. 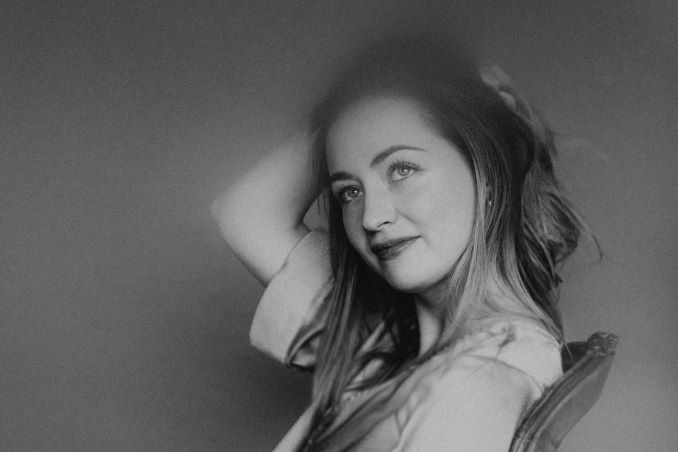 Favourite bands as a teenager:

Total Eclipse of the Heart forever. I don’t even feel that guilty about it.

At every live show, I ceremoniously chug one glass of Chardonnay after running around in elaborate zig zags on stage while singing a soft lullaby dedicated to the house drum kit. (Kidding, I have yet to play my first solo show. Soon!)

Although it’s probably cooler to pick Sneaky Dees nachos, I’m a Garganelli-Gepetto-with-extra-peperoncini-piccante-from-Terroni gal through and through. I have absolutely no idea what ‘superfood salad from Fresh’ is doing on this list.

I live near Queen and love it, but I own Bangarang on College and love it – this is the hardest question so far. Um, I pick Dundas.

Trinity Bellwoods. It’s a one-minute jaunt from my apartment and it’s always full of friends. It’s also usually too crowded for anyone to suggest playing a sport that I’m terrible at (AKA most of them).

A cohesive collection of any number of tunes is a great feat in my books.

I’ve never been on tour, so I’m going studio on this one (but to be honest touring looks like it’d be way more fun).

Watch Your Step, my first single, is out on all streaming platforms, and my next single will be out mid-summer – follow me on Spotify to stay in the know!