For those of you who follow me on social media or through my writing, you may have noticed the recent changes regarding my name. I used to write under a pen name and tweet anonymously. My anonymity was always meant to protect my privacy, safety, and that of those I love. A Canadian media organization recently wrote about me, forcing me to proactively reveal my name and location. This isn’t the focus of this post however, nor am I. I am merely using my personal experiences to explore social media in the broader context of the Canadian political landscape, and to a smaller degree, anonymity.

Former Clerk of the Privy Council, Michael Wernick, once famously referred to social media as a ‘vomitorium’. While it can be that, and there is a dark side to social media that I myself have participated in, there is also a considerable good to public political participation and social media that often gets lost in the static. Never before have we had a platform in which we can directly interact and engage with our elected officials in real time, or have the ability to organize and find those we share common political ideologies with as easily. Social media allows for immediate fact checking, and consequences for those who use disinformation and deceit as a political tool. 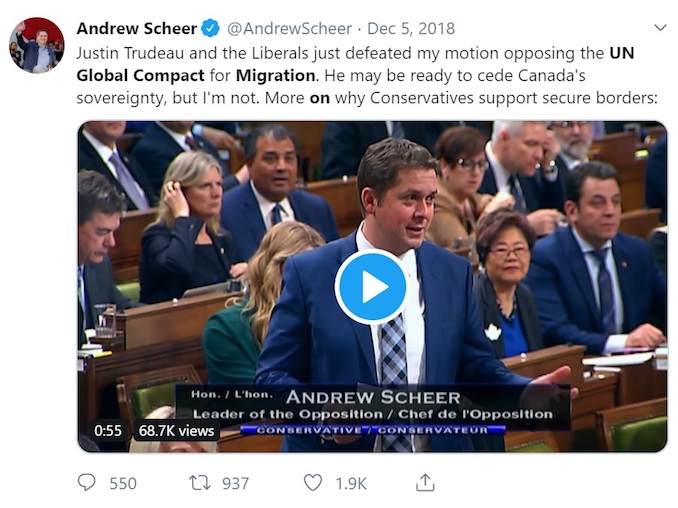 With my alienation from many previously trusted sources of mainstream media, social media has allowed me to stay engaged with journalists that I trust, and find many new sources of independent journalism. It has allowed me to cut out the middle man. It puts all of us on a more equal footing with those who once decided who got access, and what was newsworthy. It frees us from those who inflate the value of their judgments on such matters, and who would otherwise maintain their views unchallenged, expecting us to unquestioningly accept all they say.

This unprecedented access comes with a cost, however. It allows deceit to be more easily spread and to travel faster. It makes it easier for political advocacy groups masquerading as journalism to gain legitimacy. It allows groups that sell hate or racism easier access to a  platform and an audience. Social media companies have to move faster to deplatform those who promote hate as an ideology.

The bullying present in society today can be amplified on social media. I have seen women in politics and media face a disproportionate amount of criticism and misogyny that would have me run for cover. I am not glossing over the negative aspects of social media, I firmly believe that all of the failings of social media have a solution that can be found on social media. We have the ability to answer intolerance with education, misogyny with egalitarianism, and to stand collectively to combat misinformation with the truth – all in real time.

Anonymity on Twitter is an issue that is important to me. I have been both anonymous and not anonymous on Twitter. I see the reasons why one stays anonymous; personal security and safety, past issues with harassment, employment issues, protecting loved ones and family, those worried about the highly charged political climate, etc. I will always defend those who wish to remain anonymous. The decision to remain anonymous is not always by choice. The fear of being exposed is terrifying – believe me, I know. It is not your name that should matter on social media, it should be words that you use and ideas you promote that determine your validity.

Names can be faked, the content of what you say is what matters most to me. I have to admit, there was a certain freedom that came with my name being made public. I can no longer be dismissed for being anonymous. That is not a luxury we all have, however. I feel that anonymity can be used as a straw man argument by some to avoid a debate. 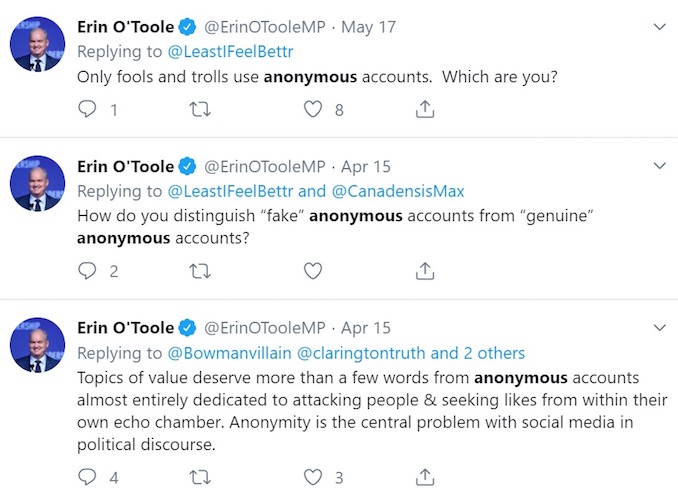 I am not referring  to single issue bots, or those who create multiple accounts for the purposes of trolling, those are easy enough to spot. I am only asking you to consider the reasons why one may be anonymous before dismissing on social media.

There are those who  say that social media is the worst thing to happen to Canadian politics. I strongly disagree, I feel that social media has unlimited potential to engage Canadians in the political processes that many of us have largely ignored in the past. Those who criticize social media only do so to diminish its influence on an ever evolving Canadian political landscape. Social media allows us to have an honest conversation about what we want from Canada and our politics, and enables us to ask for better from those we elect. We are in an election year and there is a level of partisanship that is so intense that it makes it impossible to criticize the party or politicians that you support. That level of partisanship isn’t because of Neil Waytowich from Peterbough, or from the social media platforms we use. it is coming from those we elect and hold office. It is coming from those who should know better – social media just makes a convenient scapegoat.

Can Huawei Mobile Survive in the West without Western Apps?

We recently spoke with Jerry Chien, co-founder and CEO of Gravvity, chat app that is re-inventing your online social connection. […]