This past weekend’s gala event for Toronto’s Michael Garron Hospital Foundation left people in stitches at the Laughter Is The Best Medicine. For four years, Will Arnett (Arrested Development, Flaked, The Lego Batman Movie) has hosted the hospital’s biggest fundraiser. With the help of fellow star-power comedians like Jerry Seinfeld and Chris Rock, he’s managed to successfully empty the wallets of some of the most powerful people in the city. This year’s headliner was Emmy-nominated stand-up comedian Michelle Wolf, yes, THE comedian known for her jaw-dropping delivery as the featured performer at the 2018 White House Correspondents’ Dinner, alongside the very funny homegrown talent Gerry Dee (Mr. D). 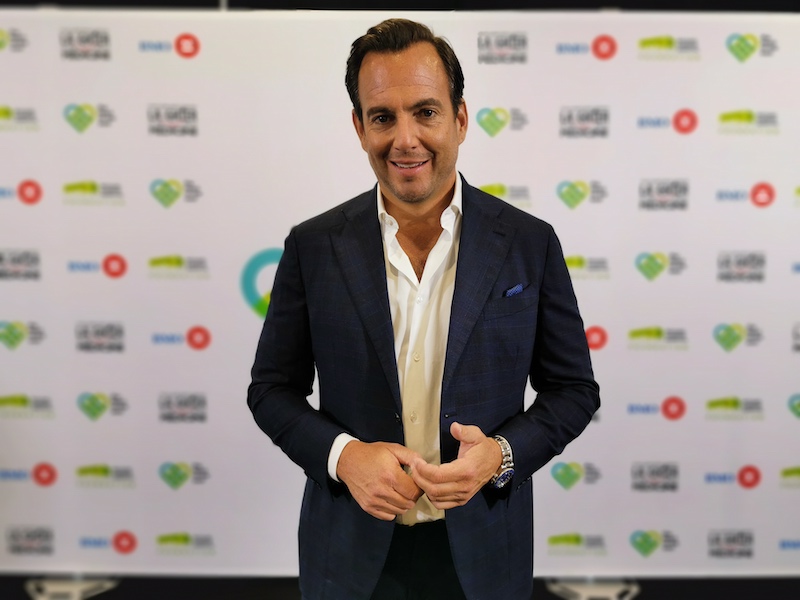 Organizations and charities across the city have been more creative over recent years in finding ways to bring awareness and fund to their campaigns. Laughter Is The Best Medicine is a great example.

“Laughter is the Best Medicine has benefitted Michael Garron Hospital in so many ways,” says Mitze Mourinho, President, Michael Garron Hospital Foundation. “It’s a critical source of funding for the hospital’s expansion and most urgent needs. The high profile of the event also helps spread awareness of the hospital’s central role in East Toronto – and why donor support is so important to keeping our community healthy. When people are healthy, everyone around them benefits, creating a stronger community.”

We had the opportunity to chat with Will Arnett to find out more about this event and what it means to him.

You’ve brought a lot of attention to this local hospital’s fundraising gala event. What brings you back every year? This is your fourth time hosting?

Arnett: I was initially drawn to it as I have a personal connection to the hospital. My dad was part of what was then called the East General Hospital Foundation. I also have another personal connection through my grandparents who were both patients there and were treated there at various times. The first time I had hosted I had such a great experience doing it. Seeing what an impact we can make by raising a substantial amount of money for the hospital and the community through such a positive event is a lot of fun. I’m going to keep doing it until it’s not fun anymore.

This year’s headliner was Michelle Wolf, comedian, writer, producer, and television host. Her critically-acclaimed comedy series “The break with Michelle Wolf” is on Netflix. She’s also worked as a contributor and writer for Late Night with Seth Meyers and The Daily Show with Trevor Noah. BUT we know her name because she caused quite the buzz at the White House Correspondents’ Dinner last year.  What can you tell us about her?

Arnett: You know, she’s a really funny comic and in a lot of ways, there’s really not much to say about her. She really speaks for herself. She’s so funny and smart. I’m just really excited that she was able to do this event. People obviously have had some exposure to her because of what happened and yeah, more people want to see her.

You’ve seen the healthcare system now in both Canada and the U.S. what would you want to tell people in Toronto about why we need to support our local hospitals more?

Arnett: The Michael Garron Hospital serves such a broad and diverse community. It’s such a vital piece of Toronto. In order for them to step forward, they need to grow and increase their capabilities and increase the services that they provide to the community. It’s so critical to East Toronto community. I think people will realize how important it is to support community hospitals such as Michael Garron Hospital. They have done such amazing things. Their Heart of the East campaign helps this hospital grow to meet the needs of this huge and growing population.

Obviously, a lot of funds need to be raised, so, what’s the secret to getting these generous people of the city to reach deeper into their wallets?

Arnett: I always find a really useful tool is to shame (laughs). If I can just shame them maybe head to their tables and make them feel like their neighbours are getting more than they are or play up their vanity. Hey, whatever it takes to get them to open their wallets a little bit wider. In a lot of ways, the Canadian in me kicks in though. I think “oh, I don’t want to be asking for too much” but when the stakes are as high as they are you gotta check that feeling at the door.

I heard that you had donated something to the auction before? Was it spending time with you at some villa?

Arnett: (laughs) you make it sound so seedy! But yeah, I donated a dinner a few times. I’ve auctioned off a chicken dance before as well. Again, when the stakes are this high I’ll pull out all the stops. 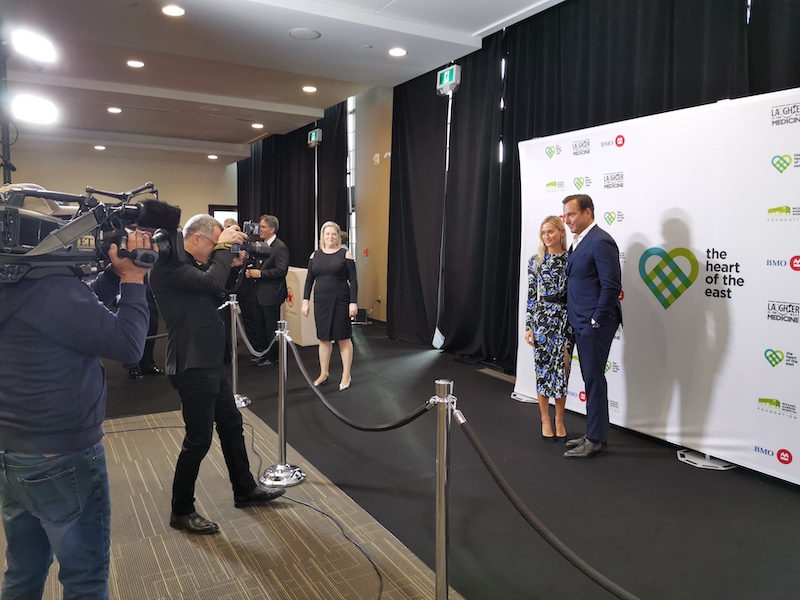 So, dad. Do your kids think you’re funny?

Arnett: Ha! That depends. Somedays yes and some days no. There’s a lot of eye-rolling that goes on at their age especially if I embarrassed them. I’m pretty good at identifying what they would be embarrassed about. If I start to, in any way, sing or dance in a public place they will do anything to make me stop.

What do you miss most about Toronto?

Arnett: Obviously my family. I do come back and spend time with them but I would say I don’t miss the weather. But I like returning home to Toronto and spending time with family and friends and going to hockey games.

Oh, yeah. Sorry about the Leafs.

Hey, I do enjoy that Canadian spirit which is quite strong and robust. I think Canadians have a really great attitude no matter what happens. We keep pressing on and I like that a lot.

Michael Garron Hospital is located in the East Toronto community. Mitze Mourinho tells us the $100-million Heart of the East fundraising campaign – focused mainly on the campus redevelopment – will completely transform healthcare in Toronto’s east end. “It’s a call to action for everyone in our community to join us. It’s going to take everyone in East Toronto to make our new hospital a reality – whether it’s local businesses rallying their customers, individuals making a commitment to their community through a donation, and of course, the outstanding support we receive through Laughter is the Best Medicine.”

Leafs Nation is a serious one. It’s more than a game, it’s life. Now diehard fans and curious ones can […]