For over a decade, Devon Richardson, Tom Ionescu, Jeff Giles, and Zach Sutton have brought their irreverent, genre-bending sound to live audiences around the world; in buzzing clubs and famed concert halls in downtown Toronto, in stadiums across Canada, and in historic venues throughout Europe, opening for and playing alongside artists like Arkells, LIGHTS, Blue Rodeo, Stars, Sam Roberts Band, Lowest of The Low, The Sadies, Tom Odell, Manic Street Preachers, and Lord Huron. The band have also enjoyed success in TV land with sync placements in Kim’s Convenience, Saving Hope, and Burden of Truth.

Casual Island stands to be Jane’s Party’s most successful and mature effort to date, touching on relationships, politics, the pervasiveness of technology, the intractability of human nature, all carried by the breezy riffs and lush vocal harmonies that have become the band’s hallmark. Jane’s Party are excited to hit the road this summer and will announce tour dates when available. 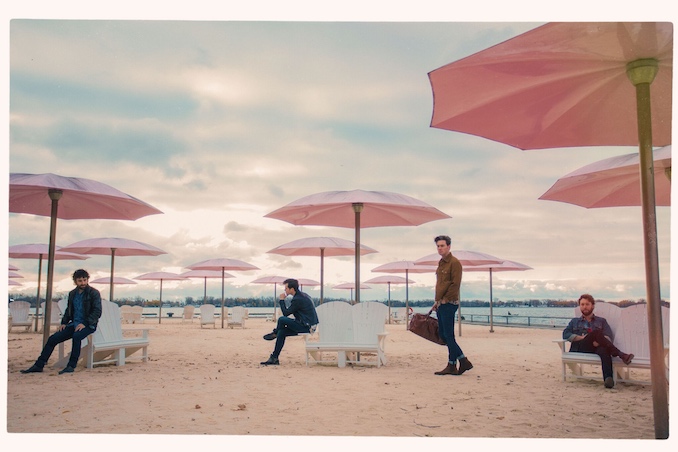 I Knew You Were Trouble (Taylor Swift)

Trying to meditate to calm my nerves unsuccessfully

Riverdale – but I would like to make mention of our neighbourhood park Earlscourt in Corso Italia which is one of Toronto’s best kept secrets!

Roti – the best one I have ever had is Debes Roti and Doubles in North York. Go for the pumpkin!

Jane’s Party will celebrate the release of Casual Island with a special performance April 6 at the Horseshoe Tavern with opening guests Side Hustle. Buy Tickets Here.

Ramona Vogue and kidd Chaos are the heart and hype that make up The Savage Patch Kidds. The alt-pop duo […]

Hailing from the heart of Northwestern Ontario, singer-songwriter Brooklyn Doran’s unique sound weaves song and storytelling; the polarity between her […]

Canadian singer-songwriter and recently nominated “Best New Artist” for the Mississauga Music Awards, Bree Taylor is a force to be […]