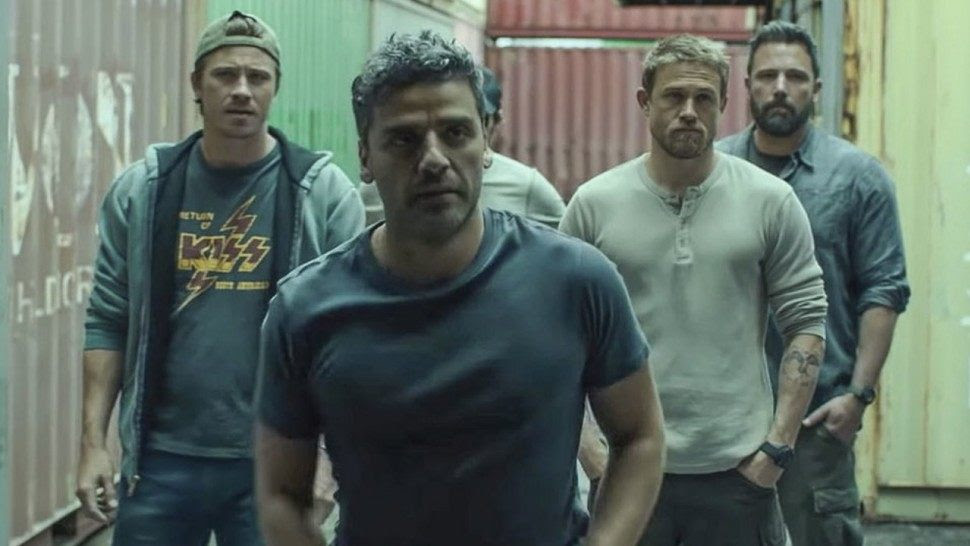 The film starts with Santiago ‘Pope’ Garcia (Isaac), who is working with the Brazilian army, raiding a house run by a notorious drug kingpin. He learns from his insider that the drug lord and killer of his partner years earlier is hiding in a fortified home in the middle of the jungle. The house is like a safe and contains an incredible amount of money.

At this point, “Pope” heads back to America where he follows up with old friends (“Redfly”(Ben Affleck), “Ironhead” (Charlie Hunnam), “Catfish” (Pedro Pascal and Ben (Garrett Hedlund) who were part of a special forces team before they all retired. After convincing them all to join his cause for both justice and for the money held at the home in the jungle, they all head to Brazil to proceed with their plan.

The Assault in the Amazon (my preferred name for the film) is only the first part of Triple Frontier. After the “Elite Squad” type attack on the drug kingpin, the team must escape the jungle and the continent while carrying several tons of money, stacks equaling 100s of millions of dollars. At this point the film feels like Cliffhanger. A plane crash in the mountains with cases of money and assassins hot on your heels.

The film is non stop action but also does a good job of quickly giving background stories to these characters. These actors are all very likeable people (except Ben) which makes you care for the characters and their stories.

This epic adventure is just over 2 hours long and will no doubt be an enjoyable film for viewers. Take it for what it is and have fun watching Triple Frontier!

The Netflix film Triple Frontier is also currently having a limited theatrical run at TIFF Bell Lightbox until March 14th. Check their website for more details.

On-set chats with the cast of Degrassi Next Class

The television series that has been around for longer than I can remember and yes, it’s where we were first […]