The work of Toronto-based freelance artist and photographer Peter Andrew Lusztyk may look very familiar…hmmm maybe on Netflix? As an accomplished artist he’s collaborated with National Geographic and Apple. His work has been featured with Netflix, Esquire and Fast Company among others. Lusztyk is also the latest artist to be featured at Yorkville’s Taglialatella Galleries. The exhibition is on until March 7th, 2019.

Lusztyk’s eye for taking ordinary objects and turning them into something worth a closer look is what draws many to his work. Previous works, including a birds eye view of North American highway intersections, are truly amazing to see. His exhibition at Taglialatella Galleries in Toronto will focus on his Currency series. 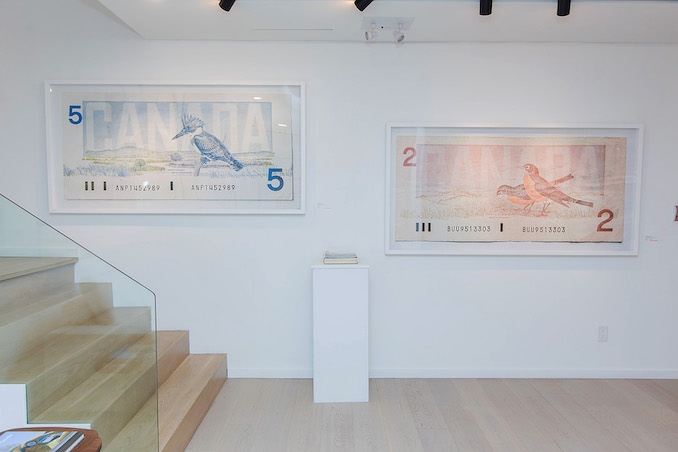 We had a chance to chat with Lusztyk about the show…

Currency seems to be fading away as we’ve witnessed over the years either being taking out of circulation or because of the movement towards a cashless society. What inspired you to bring attention back to it?

Lusztyk: I think it’s really just a sense of nostalgia. Especially with this Bird Series of Canadian money. It was the money that was around when I was in high school so it really resonates with me. I remember buying weed with the $2 bill.

What makes everyday objects beautiful to you?

Lusztyk: It’s their ubiquitousness, the mass production, the fact that we all participate in their use. That shared experience forms a shared nostalgia and that idea is beautiful to me.

The objects are shown larger than life – why in such a grand scale?

Lusztyk: Taking something small and making it massive is obviously somewhat jarring. In that very straightforward way I hope to force people to stop and look/examine. 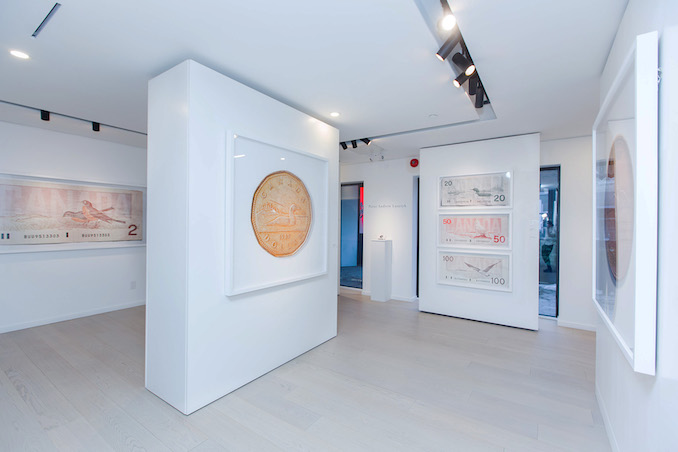 What would you want the viewer to know about this particular series?

Lusztyk: Canada used to make really nice things. We have a fantastic design legacy. Maybe we should celebrate that a little more.

Your work has appeared in Netflix film/shows? Can you tell us more so we can look for them?

Lusztyk: My work is featured in every season of the show Suits. They used a huge $1 American bill in the movie “Downsizing” with Matt Damon. There’s a big gun print in Bruce McDonald’s “The Husband” and also in Netflix’s “Hemlock Grove”.

Today’s daily photo was sent to us by Lori Whelan in Toronto. Be sure to check out her personal page […]

How PicoWay helps to repair skin at Rejuuv Medispa

Going to the spa is nice. It’s relaxing and pampering. But going to a medispa is a different type of […]