A virtual reality experience will offer a stunning vision of Toronto’s future at Nathan Phillips Square from September 18 to 24. Torontonians and visitors can explore this extraordinary vision of Indigenous futurism as the National Film Board of Canada (NFB) presents the Canadian premiere of Biidaaban: First Light — a custom built installation featuring five individual stations with VR headsets. 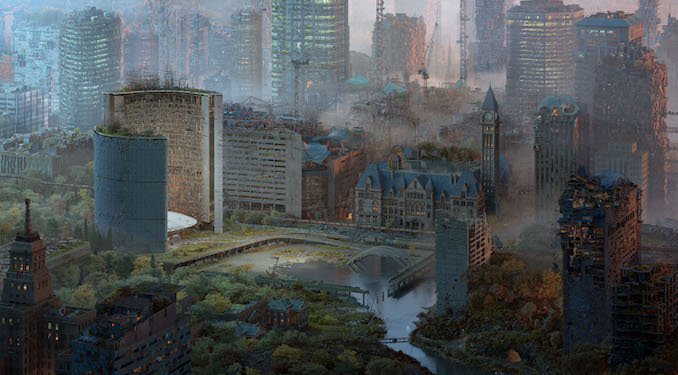 Picture Nathan Phillips Square is flooded. Its infrastructure has merged with the local fauna; mature trees grow through cracks in the sidewalks and vines cover south-facing walls. People commute via canoe and grow vegetables skyscraper roofs.Urban life is thriving — and so are the languages of the Wendat, Kanien’kehá:ka (Mohawk) and Anishinaabe (Ojibway), this land’s first peoples.

Toronto’s landmark Square is the ideal setting for this installation that has already wowed viewers at New York’s Tribeca Film Festival earlier this year.

“Biidaaban” is an Anishinaabemowin word that means “the first light before dawn.” It also refers to the idea of the past and future collapsing in on the present. Biidaaban: First Light asks users to think about their place in history and their role in a possible future, as they move through a highly realistic Toronto reclaimed by nature. Gaze-based interactions allow users to engage with the languages of the place originally known as Tkaronto—providing a framework for understanding our place in a reconciled version of Canada’s largest urban environment. 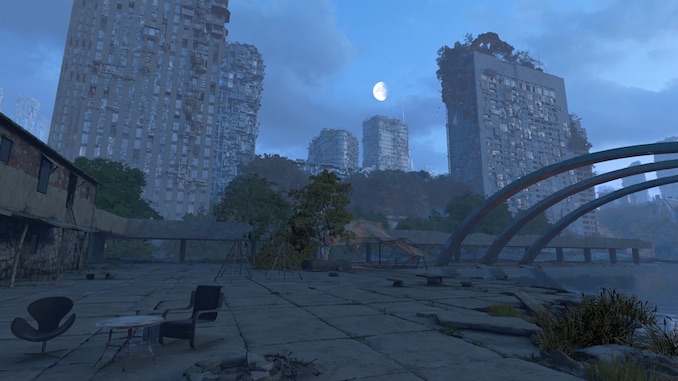 Biidaaban: First Light is the first interactive, room-scale VR work by Jackson, whose award-winning fiction and documentary films have screened at such festivals as Berlin, Hot Docs, SXSW and London BFI. To create Biidaaban: First Light, Borrett used architectural drawings of Toronto to bring to life a future version of the city at scale, in a remarkably realistic user experience.

Produced by the NFB and presented in collaboration with the City of Toronto and the imagineNATIVE Film + Media Arts Festival, Biidaaban: First Light is an interactive VR experience by award-winning Anishinaabe artist Lisa Jackson, 3D artist Mathew Borrett, digital design and production agency Jam3 and the NFB’s Digital Studio.

This event is FREE for the public. For hours of operation and info on reserving a free spot, visit nfb.ca/BiidaabanTO. Tickets are available starting September 11.

Biidaaban: First Light will be presented again in Toronto, later this fall, at the imagineNATIVE Film + Media Arts Festival, October 17 to 21.

In the Arts: What to see & do in Toronto this September

Fall has always been a favourite season for us. The days are still warm and the nights are just cooling […]