JOSH: On my way back to Toronto after aimlessly wandering around the country in a 1976 Winnebago for 8 months, one of my best friends Josh offered me a place to stay until I got my shit together.

The thing is, I’m a writer, rarely do I have my shit together.

With open arms he invited me to stay long-term, providing I helped him around the house with some stuff.

Josh is a risk-taker. I love hanging out with him because his assertive-intelligence is infectious. He is a person who genuinely cares about who he is talking to and isn’t just filling time between texts and likes.

Frequently my abused-brain gaps out. I’ve tarnished my purity with historical blips and blunders. Taste-tests and festival-like buffets of brain-draining selections. My chaotic nature of impulsivity has driven me to being basically, well fucked I guess, numerous times in recent years.

Josh is that friend who always helps me sort my shit out. His patience and determination solves problems pragmatically and effectively. 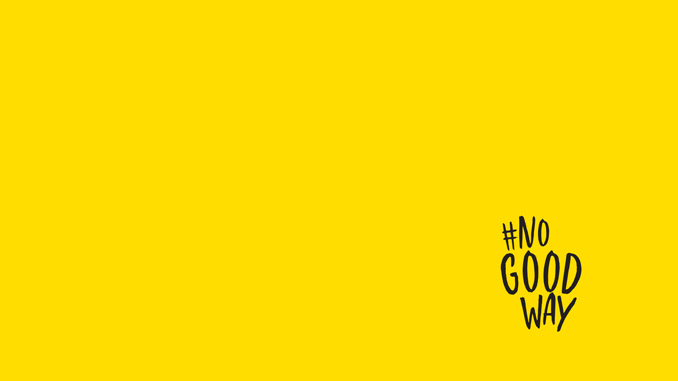 DONNIE: An old friend of mine is a genius of mathematics. We would meet up to watch hockey games. It didn’t matter to Donnie which teams were playing. He followed them all closely.

When I say he followed them all closely, I mean extremely closely. Name a player in the NHL from any era and Donnie would, with encyclopedia-like accuracy, name that player’s number, draft year, hometown and list stats from every season that player ever played. Instantly he would do this like he was reading from a screen in his brain.

Sometimes I would joke how I wished Donnie’s mouth was a printer so when he spewed such detailed information it was thoroughly documented.

AL: You know how sometimes quoting a movie helps strengthen your objective in a conversation? “You can’t handle the truth!” or “Are you too good for your home!?”

Imagine you could instantly access a movie quote, verbatim, to perfectly describe your feelings. All of your feelings, always.

Imagine how much memorizing and storage must be required in one’s complex brain to have such instant access to quotes perfectly associated with every response necessary for complex communication without using original sentences. Imagine the complexity and intrigue of a mind with this ability.

Al has this ability.

BRENT: Brent and I used to make videos together and write comedy bits. He always had a way to make things more spiritually-connecting for any listener or viewer.

Over the years we mastered our characters and our videos took off.

Brent was fully in control of the musical content in our videos. 50’s and 60’s music. Brent new everything under the sun from this era.

It was uplifting to see him sit quietly, and seemingly meditate, after watching the video clips of our future video in perfect sequence without audio. Brent was peacefully-travelling through an emotional-marathon, as he sat quietly, through thousands upon thousands of songs. After differentiating amounts of time, inside his beautiful mind, he would find the right track. It was always perfect. Every time.

BARB: Shyness and quietness are Barb. She is the kind of woman that only speaks when she absolutely can’t find a way to show you what she wants to say metaphorically, through her art or her poetry.

She strolls around her house and works in the garden that’s outside her window as she rhmyes metaphors together, day-in day-out.

She has a poetic mind. Poetry is Barb. Quiet, abstract poetry.

One day I was hanging with Barb and listening to a new song of mine. I had the guitar track down but just couldn’t find a melody for the vocals.

We sat there for hours as she got me to replay my song over and over. She sat quietly and closed her eyes. My song, for those hours, consumed her.

Then suddenly, breaking through her shell, Barb sang these words to me:

“Not every flower in my garden is pretty.
Some of them you eat.
So are you looking for something vain?
Or something healthier to eat?”

Hearing Barb sing for the first time left me jaw-dropped. Her pitch was perfect. Soft and sharply-enunciated, Barb sang like an angel. The melody she wrote still pleasantly-haunts me.

Language is important. As a culture we are trying to find new and more appropriate ways to refer to people of different cultures, sexual identities and styles.

It seems the world has a giant hard-on for labels right now.

I hate all of the words I just used and never use them in life. But, I am trying to shock a point inside you. Sorry.

I am a straight, white and able-bodied man and I am standing against bigotry.

How can you label someone’s complex character with one phrase? It’s ridiculous. Ridiculous. RIDICULOUS.

Strength should always come before ‘weakness’.

Do you wanna know why some people have called my friends Josh, Donnie, Brent, Al and Barb retarded?

Before anyone is anything, they are who they are and one cannot change this basic fact.

JOSH: Dushennes Muscular Dystrophy. Since 12 years old Josh has rapidly lost the muscular-use of his body. Recently he had a trachea-ventilator put inside his throat to breath for him. He uses a wheelchair for transportation and controls his life with his voice and a few fingers. He has already lost his little brother to the same disease and both of his parents to cancer. He is independent and able. But, so commonly shallow people see a disability and they default to “Retard”. Josh is the fucking man.

DONNIE: Autism. Since he was born, Donnie has marched to the beat of his own drum. He lives life on a quest for memories, as we all do. Donnie is an intellectual powerhouse.

BRENT: Down Syndrome. Brent was born with Trisomy 21. He is an artist. He is an empathic genius. Brent can explain every possible conceivable emotion with a chorus from the past. He is remarkable.

AL: Al spent an unknown amount of time, as an enfant, in a state of hypoxia. This resulted in a very unique brain injury. He is a wonder of the world. He, like us all, is one of a kind.

BARB: Prader-Willi Syndrome. Barb was born with a developmental disability that involves slower development and weaker formation of muscular tissues. It can lead to obesity and diabetes. Barb spent 40 years of her life, the 60’s, 70’s, 80’s and 90’s, in a mental institution in five-point restraints for most of the day. Barb has been tormented and tortured by doctors and scientists for most of her life. She has a beautiful voice, is a metaphorical poet, and is very sweet. She’s perfect just the way she is.

I love my friends.

Let’s choose thoughtful language and show that as a society we can erase the R word.

On March 7th, we’re joining motionball’s #NOGOODWAY campaign and telling the world that there’s just #NOGOODWAY to use the R-word. Join us at Facebook.com/NOGOODWAY.