We formed in 2012 out of York U music department, spent the past few years pushing out albums and gigging in the local venues here. Our music is fairly eclectic but can be paired down to a combo of Alternative/Folk Rock with strong psychedelic leanings – some mashup between Weezer, Beatles, and the Experience perhaps. We released our debut album in 2014, first Ep 2015, and second Ep 2017, plus two music videos and plenty of small shows. Next stop is probably a single, but for now we’re taking a small breather between releases to focus on a parallel project.

“All You Pretty Girls”

Hard pick, right now i have to say Amico’s Pizza in parkdale, i keep dreaming about the Panzo.

Probably King Gizzard and the Lizard Wizard – still new to them but still so in awe of their majesty.

Probably “Shape of you” by Ed Sheeran, though i know my band mates would strongly disagree. Its not my usual cup of tea (i pretty much despise most top 40, mostly for the production) but i can’t deny the chorus hook for being catchy as hell. 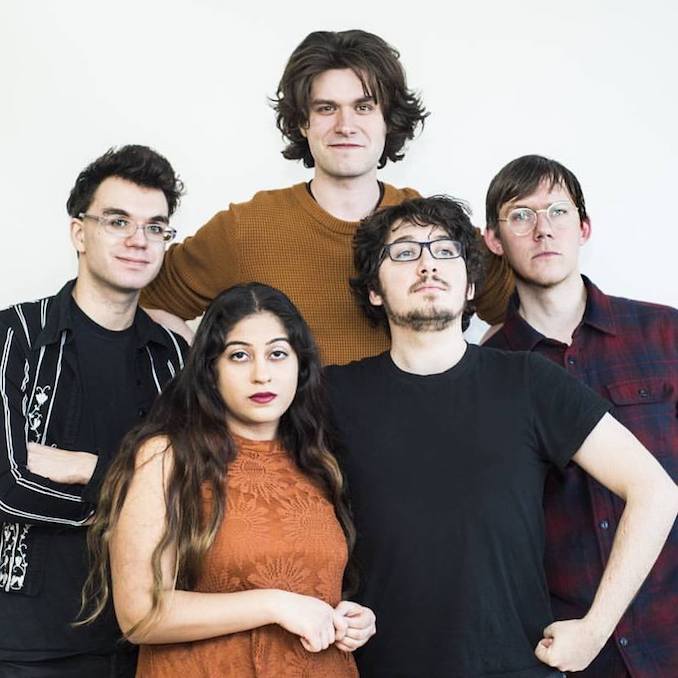 Pre-show snack attack, usually in the form of burrito or falafel – any wrap based eats really.

There are too many good ones, but i’ll have to go with Kaleidoscope Horse – sweat hearts of the reborn psych scene, god love em.

Queen Street, even if its just for home sweet Parkdale. It also has some important venues (Horseshoe, Rivoli, Cameron House, The Rex). College has Sneaks, used to have Rancho, these days i really don’t know whats up there.

High Park, cause you can actually escape human contact for more than 2 seconds.

LP, all about the long play concept album.

Studio is all we know, but one day the road please!