I recently got to chat with Captive Audience’s Richard Brooks who has been involved in the Toronto electronic music scene for over 20 years. We wanted to know a bit about his evolution in electronic music, find out what music to listen to and hear about what we can expect from the Sunset Sessions this year on the waterfront. Through DJing and producing music events like Sunset Sessions at Sunnyside Pavilion, Richard has become one of the main contributors to an ever evolving scene that continues to flourish.

I wasn’t sure what to expect from this interview to be honest. I mean, how do you ask a person to clear out the cobwebs from their mind enough to recall over two decades of music and resonating experiences? Rich tells the story quite easily though, like it all happened in the past few months.

What is Captive Audience and how did it start?

Captive Audience is an event and lifestyle concept that strives to bring innovative house and techno acts to beautiful and creative settings. It all started in 2015 when I felt the need to diversify and broaden the scope of music that has historically been offered at Sunnyside pavilion. As time has changed so has my personal taste. The goal is to produce some top shelf music events that stimulate the mind, body and soul.

What got you into producing music events? How long have you been doing it?

I’ve been involved in dance music events in some capacity for 20 years this year. I started out as a dancer first and eventually segwayed into throwing parties. What got me into throwing music events was the chance to express my creativity by producing an evert that truly heightens the senses. Success can’t replace passion!

What was the first event that you produced?

The first party I ever threw was in 1996 called “In The Mood To Swing”. The party was in a car rental garage and office area. The office area was formerly a photography studio, so it was white, open concept and gas curved walls that were perfect for visuals. The event featured more rave influenced sounds as my taste was still less defined. I knew that I wanted to create a cool and triply environment that would enhance patrons audio visual experience. 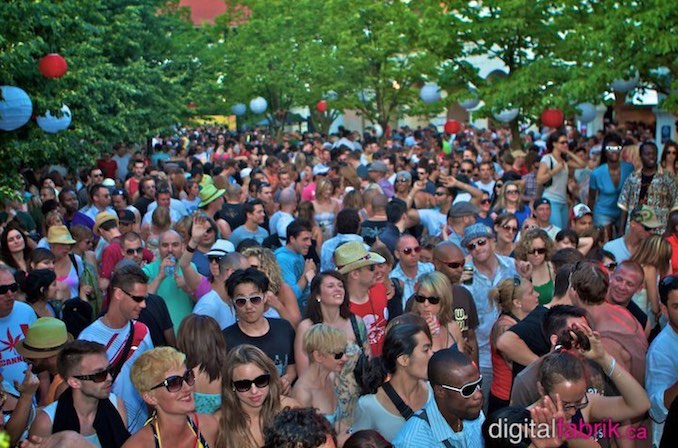 What genres of music were you listening to when you started?

I was mostly into jungle and drum and bass right up until a year and half before throwing dance music parties or raves if you prefer. I started DJing and throwing parties as a hobby from 1996 and around or shortly after that time it was all house, techno and breaks.

From your professional perspective, what is the best music event/party you have been to?

This is a tough one as there has been so many throughout the years. i think the MAW 10 Year Anniversary party at WMC was a highlight for sure and also the same year the HedKandi event also at WMC. The production and venues were dope. I also think when it comes to creating a surreal environment for their clientele no one takes it much further than Promise and Justin Martin’s Harvest Festival. I would also say that some of the most dope events in Toronto dance history have been the Sunnyside parties. There was a time we use to go all night and really focused on creating a surreal experience for the punters. Who wouldn’t want to party in a historical park type setting.

What can we expect from the Sunset Sessions events that you are putting on this Summer?

We’re planning a great program of both small to mid size events and a few monsters featuring some of the best talent anywhere. There will be some solid collaborations with the best promoters and DJs the city has to offer and It’s a personal goal to bring the production level back up in terms of theme and logistics. We are pleased to have confirmed this year’s season to include: Francesca Lombardo, HITO, Mark Farina, Sydney Blu, Carl Craig, Fur Coat and Chus and Ceballos to name a handful. 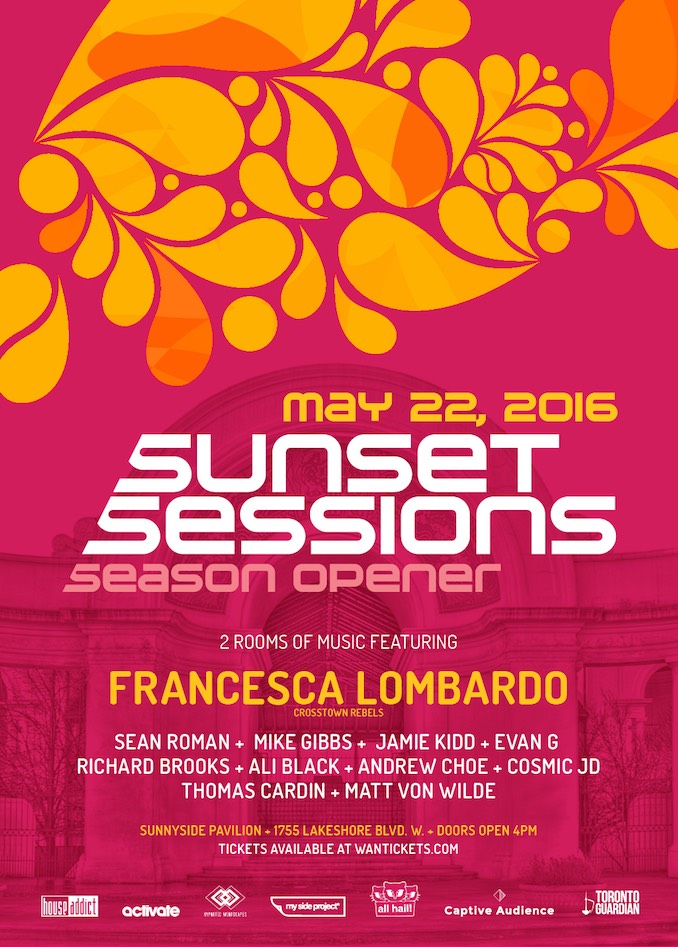 What type of music excites you these days? Anyone we should be listening to?

I still have strong feelings and connections to more soulful compositions, but have been playing quite a bit of tech house and new school deep house productions. I’m feeling a lot of Keinemusik releases as I feel like they still have soulful touches while remaining on the new school production tip. I’m also feeling tech house and deep house acts like Metodi Hristov, Stefano Noferini, Shosho, Oxia, Sante, Sidney Charles, and old school dj’s that are currently bringing the heat such as Joeski to name a few. On the flip side I love disco edits and can’t get enough of Dj Harvey, Theo Parrish, Beats In Space and local legends like Ali Black to name a handful. I will always be drawn to deep and soulful productions but remain open minded to so many new school acts.

What is next for you and Captive Audience?

Captive Audience is going to continue to bring the heat throughout the Summer and fall, showcasing some of the best and newest underground acts from the Deep house, Tech and Disco genres. We will look to bring our productions to the next level and partner with other like minded promoters looking to do something different the festivals and club norms.

Tell us an interesting story from one of your events?

Well with the passing of David Bowie this year I was reminded of one of the greatest things to happen in Toronto Dance History and that was his attendance at one of my early RNB parties. We did a yearly Chinese New years themed party and while setting up that day we had a security team stop by and let us know that while Bowie was on set shooting his new video with fame director Floria Sigimondi he was passed a flyer from one of the crew. The flyer was a beautiful foil stamped origami style flyer that apparently made him want to come to the event according to his security team. The event back then was still very much a Rave and featured three rooms of music with headliner Theo Parris, Rick Wilhite and Terrence Parker.

We were super pumped and later that evening right on cue a large SUV pulled up and the man himself David Bowie stepped out and headed towards the front door. This was truly a surreal experience and the time I was most star struck. We have had another encounter with Denzel Washington coming to the party but noting compared to Bowie. The greatest thing was that he stayed for hours dancing and interacting with the people making it one of the most legendary parties ever.

What is the best part about doing your business in Toronto?

Toronto can be challenging at times from a politics standpoint but that aside the best things about this city is the support of the people and diversity of the scene. People for the most part support and know what they like or dislike. For the most part, we have an inventive and diverse scene that is truly wold class. There are also a handful of local promoters that are a pleasure to work with and these collaborative efforts really diversify the underground dance music offerings. Proud to be from such a great city as Toronto and every time I leave I’m always happy and feel at home when I return.

There are only a few house music tic-tac-ticians that have reached ICON status in the Toronto electronic music scene, and […]

House Addict is a House and Techno Promotions Company based out of Toronto, Canada. This month they are celebrating their […]