The Vaniers [van-ee-ays] are a Toronto-based rock trio formed in 2016 by former high school classmates Diego Paz (Bass Guitar/Vocals), Alex Iacobellis (Guitar) and Nick Donato (Drums). Influenced by indie-alternative authorities such as Arctic Monkeys, The Strokes, Queens of the Stone Age & Kings of Leon, The Vaniers have been steadily building a following in their hometown of Toronto and beyond. Whether delivering scorching performances in basement house parties or dazzling crowds at legendary Toronto venues such as The Horseshoe Tavern or Lee’s Palace, The Vaniers have become a staple in the Toronto underground music scene with a reputation for high-octane shows with catchy tunes. 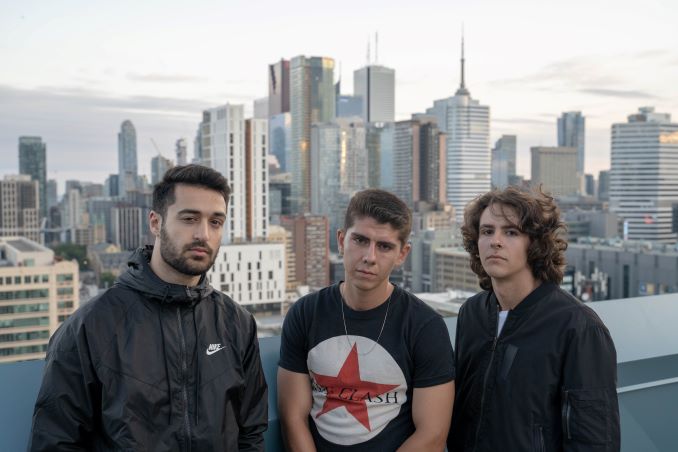 Latest Release: Our debut EP – Who Are You to Say?

Latest Single: On The Regular

The Strokes / Queens of the Stone Age / Arctic Monkeys

Our debut EP was just released in early 2020. Its called Who Are You to Say? We also have a live session coming up with a sneak peak of a few new tracks. Stay tuned for that.