If this year doesn’t suck enough already, the Canadian National Exhibition (CNE) has announced the decision to cancel this year’s end of summer traditional fair. With the support of the Province of Ontario and City of Toronto, this year’s CNE will not move forward with its 18-day event slated for August 21 to September 7, 2020 at Exhibition Place. The historic decision marks only the second occasion in its 142-year history, and not since WWII, has the CNE closed in its entirety. 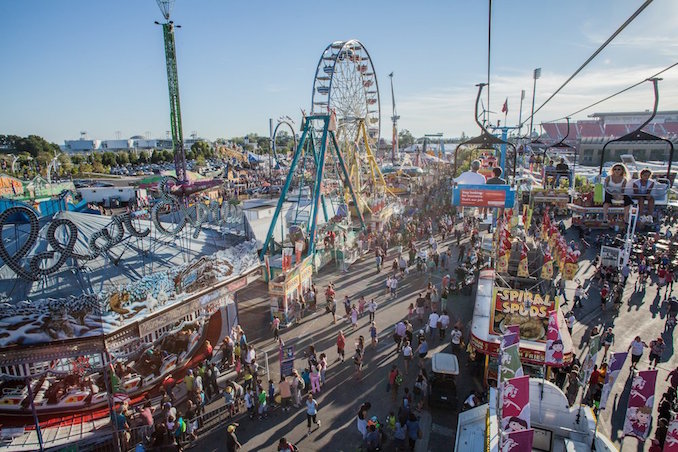 The CNE is one of the largest family-friendly fairs in North America that attracts more than 1.4 million visitors each year. The iconic fair has been a tradition for many families since it began in 1879.  It’s featured entertainers and performers, agriculture, food, carnival rides and games. The CNE also employs over 5000 people each year.

The CNE has operated almost every year during its 142-year history, including throughout the First World War (1914-1918), when it staged military demonstrations and formations as part of the overall CNE experience. However, during the Second World War (1942-1945), the CNE was closed when the site was transformed into a Training and Recruitment Centre. It remained closed in 1946 to allow time for the military to move out.

In addition to the two World Wars, the CNE has demonstrated its resiliency and resourcefulness throughout its history including surviving through the Spanish Influenza pandemic of 1918/19; the Polio epidemic of 1937 and 1951; SARS (Severe Acute Respiratory Syndrome) in 2003, the electrical blackout on the Eastern Seaboard that same year which closed the CNE for its first four days in August; and the H1N1 (the Swine Flu pandemic) in 2009.

Going through Game of Thrones withdrawal? The absence of an episode this week due to Memorial weekend in the US has […]