Fiercely original Torontonians Pterodactyl Problems are a gender-bending, genre-defiling hybrid gene-spliced from four distinct personalities: An outrageous frontman who probes dark emotional truths while clad in full drag; two unrepentant metalheads underpinning his devastating messages with crushing intensity; and a meticulous musical mad scientist sprinkling jazz, blues, classical and more into their alt-metal DNA. It aligns in their debut album Esoteric Hobbies — a dynamic, diverse disc that heralds the next stage in the evolution of rock. Those lucky enough to witness their high-energy performances know the awesome power of this four-headed, fire-breathing beast. The world won’t be far behind. It’s evolution, baby. Just in the nick of time. 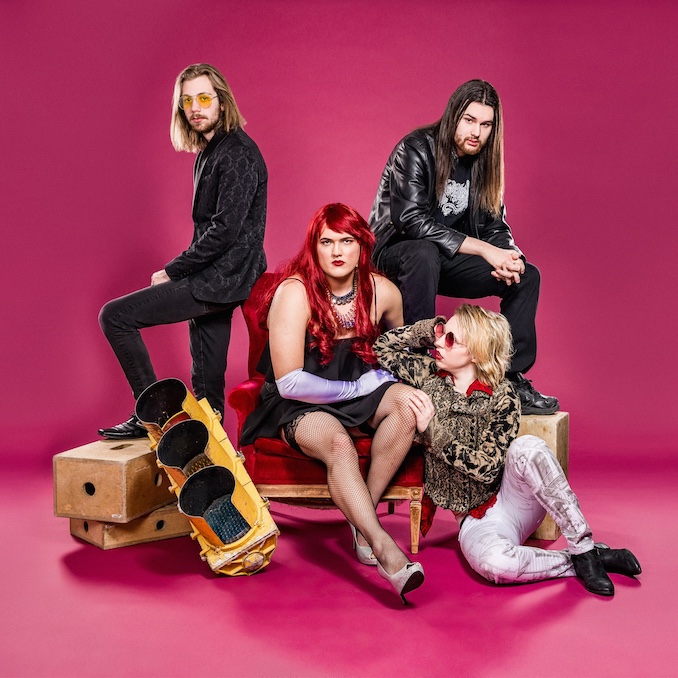 Founded: between 8 and 3 years ago

All Star(and the entirety of Astro Lounge

Sing lots of songs and smile a lot

College St (I love you too Queen)

Dufferin Grove until I die

We have our show Rock and Roll is a Drag, a drag show with live music on the last Sunday of every month at The Hideout, starting on August 25th. We’re also working with some great booking agents right now so look out for some Pterodactyl tours coming soon!

Jack Moves got his start late in 2014. A Member of Toronto metal groups Godstopper and Ayahuasca and a former […]