Lynx is a trans-identified Toronto based performer who goes by the stage name – Random Order. From reciting books of the bible in a cult to headlining pride festivals, he now tours the world advocating a sense of belonging and a “be who you are” attitude. His signature sound evolved through many late nights of watching Twin Peaks, James Bond and Tarantino films injecting more than a hint of subversiveness into the sexy soundscapes of dangerous spy movies. 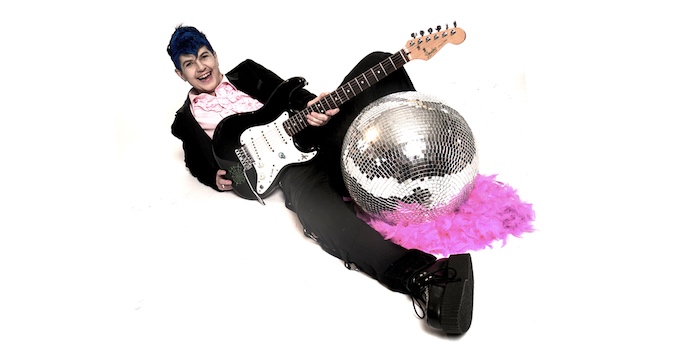 The Beatles – they taught me and Dave Grohl how to sing & play guitar 😉 It wasn’t easy. I think I may have even had the same “Beatles Complete Chord Songbook” as Dave.

Prince, I will always admire him. I await someone to step up to that plate. The versatility, the incredibly huge catalog of music, playing with gender norms and his badass attitude. Janelle Monae is a close second.

Shake It Off. Taylor Swift is the master of taking trashy magazine blurb rumors about herself and putting them into a great relatable song.

Suzanne Nuttall. Her song Trophy Wife (Your Body Doesn’t Lie) will always give me the chills.

Sneaky Dee’s nachos, pasta from Terroni or a superfood salad from Fresh?

Ah that’s a tough one they’re both so different. I’d say Queen because I’ve played a lot of clubs there, however Sneaky Dee’s just sayin’.

I’m going for singles now and a virtual 45 inch record.

I absolutely love the studio because of the clarity and possibility of perfection. I’m very self-critical in the studio. Nothing beats performing though. That’s when I’m truly connected with the audience and it’s the only time I’m completely in the moment. Absolutely present. I also really love to travel. I’ve on occasion performed at music festivals based on a location I’ve always wanted to go to.

Toronto is Getting a First Nations Owned and Operated Restaurant

After 12 years of catering, NishDish is set to open Toronto’s first ever, First Nations nations owned and operated restaurant […]