The countdown has begun to the opening of The Second City Toronto’s new home at One York Street on November 30th, 2022.

The new location will replace the temporary home of Second City Toronto on the Danforth that was in use due to the company’s original home on Blue Jays Way being shuttered due to development of the land. 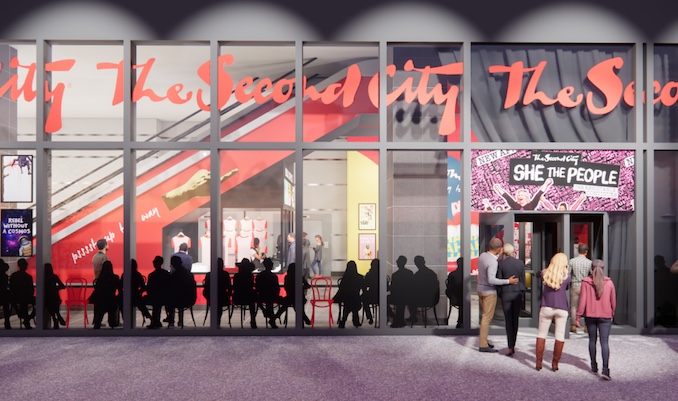 The new location on One York Street in downtown Toronto is just down the street from Scotiabank Arena, the Skydome (Rogers Centre), Ripley’s Aquarium and other notable landmarks that will make it a part of the downtown entertainment hub.

We recently took a tour of the almost finished construction site to see what visitors to the new facility will get to experience.

Second City Toronto hopes to not only be a place for live comedy shows but also for education. The new facility has 9 classrooms that will host their improv and writing classes.

Looking for a bit to eat? The large bar and dining area will start with food for show guests but plans on becoming a full blown restaurant and lounge with the help of their partnership with O&B. Being within the busy entertainment area, SCT could be a great hangout spot for those looking for a drink. 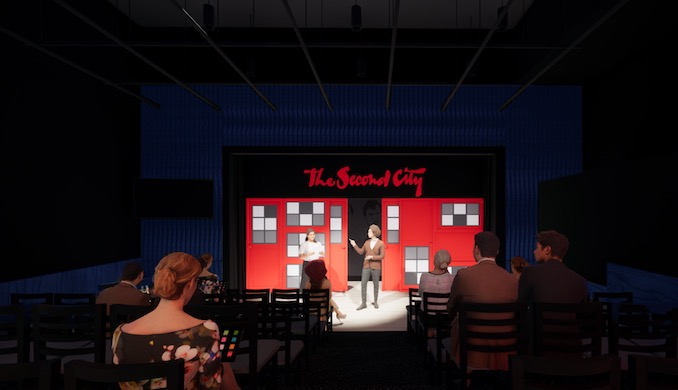 The large space was actually meant for a grocery store before that fell through and SCT were able to snag the spot. The area will have three theatres. “Theatre 73” named after the year SCT was founded will have roughly 170 seats and will feature part of the facade of the old firehall location. The main stage will seat roughly 244 people while the “John Candy Student Theatre” will seat roughly 70 people.

The Second City Toronto will be accessible from the PATH and parking lots quite easily because of the placement of their escalators and elevators. The facility itself has been made accessible for both guests and performers with their ramps and access elevators within their own space.

Opening night will be November 30th, 2022 and we hope you will be able to check it out soon!