CaribbeanTales is a registered Canadian charity that helps to eliminate racial discrimination. We spoke with Frances-Anne, Award-winning Filmmaker, Director Member of the Academy & Founder of CarrbbeanTales Media Group, to find out more about them. 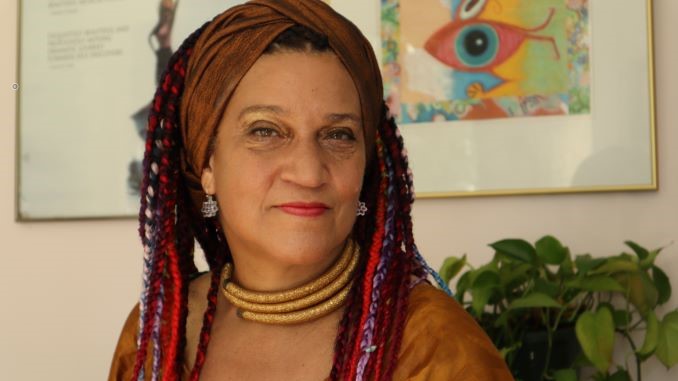 Describe your charity/non-profit/volunteer work in a few sentences.

CaribbeanTales is a registered Canadian charity, in operation since 2014. We help to eliminate racial discrimination in Canada by screening and disseminating films and television programs that encourage people to understand better and think more clearly about issues of diversity. Every year, we involve hundreds of volunteers in our programs — the annual Film Festival (now in its seventeenth year), our Youth Film Festivals, our Black History Month events, the annual Creators of Colour Incubator and CTTV, a VOD platform. We also have another non-profit company called CINEFAM, which promotes Canadian women of colour filmmakers and their work.

Our overall mandate is: “to foster and encourage understanding between cultures and citizen participation through the creation and dissemination of films that reflect the diversity of Canadians”. So, we promote the stories, voices, day-to-day lives, and perspectives of people of colour — women, men and children — across Canada’s screen-based industries.

I originally founded CaribbeanTales in 2000. We got charitable status in 2014. CineFAM came about in 2015 and has been operating for six years.

Growing up in the Caribbean, I had always been aware of the vibrant culture and distinct voices of the people around me. As I matured into my career in film and television — working mainly in England and Canada — I missed these faces, voices, stories and perspectives of my childhood. Gradually, I realized that if nobody else would showcase their stories and present their lives, then I should do so — starting here in Canada. And so the first CaribbeanTales event was born.

More and more today, I want to ensure all the different world voices are heard and represented in the media landscape. And especially, that people of colour, Caribbean people, women of colour who live in Canada must see themselves and hear themselves in mainstream media — and in all the programs that are screened.

Despite the fact that Canada is known as a multicultural society that celebrates diversity, it wasn’t always open and welcoming to diverse perspectives.

In terms of diversity and representation, specifically with women of colour in the screen-based industries, there is still a lot of work to be done. But I’d say there have been some significant milestones met. The OscarsSoWhite movement in 2015 changed some things in Hollywood. Obviously, the murder of George Floyd in 2020 was a wake-up call, I think, for everybody, And it led to a great reckoning and transformation everywhere.

In July 2021, the head of Telefilm said that the latest industry data reveals that the Canadian industry has achieved gender equality, but that does not apply to Black, Indigenous and Women of Colour. So there is still a great deal of work to be done to elevate the voices of those women. She also said that this study reveals a disturbing truth — that you cannot set targets based on gender only because this does not equitably recognize the value of all women.

Audience awareness is very helpful. It is important for our fans to notice who is telling stories and what stories are being told — and who is working, not just in front of the camera. In the interests of authentic and fair representation, it is important that people of colour (Black women and women of colour) work on telling their own stories. Stories about Aboriginals should be told by people who are Aboriginal. Canada is a huge multicultural society. Right now, thirty percent of the country across the board are immigrants. But this demographic does not control what stories are told in the screen-based media. Your readers can help by being aware of who speaks for whom in terms of fair representation.

For this week’s Charitable Choices, we take a look at Lupus Ontario – a Canadian organization that supports lupus patients […]

This year, Marriott International hotels across Canada gave sick children a holiday experience worth smiling about when they opened their […]