Reality shows are entertaining but they also can give us more insight into the dynamics of human interaction and background to areas of collective interest. Dancehall Divas is the newest docu-reality show in the unscripted space as the world’s first international dancehall lifestyle reality series. The show’s first series was filmed in Toronto and features six women from the dancehall subculture. Three cast members reside in Toronto alongside others. Together, they represent the four main cities — Kingston (Jamaica), New York, London and Toronto where dancehall has strong followings.

Dancehall Divas follows the lives and personal interactions of the women who are connected as friends in the business and culture of the music genre. They are active members in the community who are up and coming artists as well as established in the industry. The show premieres September 10th worldwide on various networks in the Caribbean, North America, the UK, and Africa. The series will also be available to stream online.

Featured in the series: 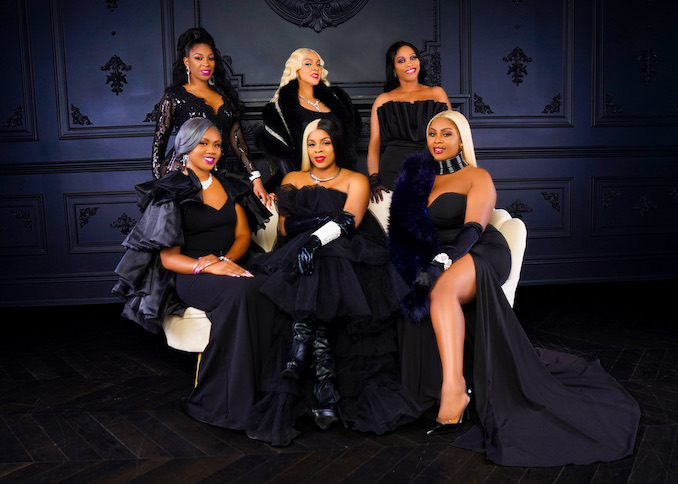 We had the opportunity to chat with Heather Elliott-Whitehead, the show’s creator and executive producer  to learn more…

How did you bring all these “divas” together for this series?

Heather: Initially, the series concept started in Toronto two years ago. Toronto is known to be a prolific dancehall city in the diaspora and the global dancehall culture, so I recruited six of the women who were the faces of the local scene and started there. We decided to make the series a bit more diverse to include other populous dancehall cities like New York City, Kingston Jamaica and London. After a bit of a cast shuffle, we kept three of the original recruits from Toronto and added three others who are also dancehall ambassadors in their respective cities. The women had to have some existing association with each other through business or entertainment.

What are some of the challenges for women artists in this music genre?

Heather: I can tell you first hand that Dancehall the genre itself is very male-driven. We have seen a recent shift however over the last two years with artistes like Spice and Shenseea, fast becoming global mainstream artistes, but the majority of international success is still among their male counterparts. They just don’t get the same opportunities or taken as seriously, which is unfortunate. The artistes in the Dancehall Divas cast for example know that they have to work three times as hard as other rising males and I believe they are ready. This show will certainly give them a big boost.

What I love about Dancehall is that the songs seem to have great longevity. While there are always new artists on the horizon, the legends still continued to be played like Beenie Man, Cutty Ranks, and Barrington Levy. Are there stereotypes in the genre and how things are evolving?

Heather: You hit the nail on the head. I am going to be totally honest and say that we have the same problem in dancehall that they have in the hip hop genre. Music is just not quite the same anymore. We are still being entertained by artistes who have long given up music or who have passed on in a much more meaningful way that we do now with some of the newer generations of artistes. I can’t really speak on the stereotypical experiences directly as I am not an artiste with first hand experience, but from observation as someone in the business; male artistes are generally more preferred than female artistes and I believe that this is largely due to the nature of the dancehall genre itself. The music up to this day has been largely centered around women, their body parts and their entire existence for that matter and people have become accustomed to that as the norm. This narrative has always been driven by males, even by the ones you mentioned. The difference today is that the lyrics back then were somehow more meaningful and the beats were timeless. I think that back in Cutty Ranks and Barrington Levy’s heyday for example, they actually spent time in a studio recording sometimes with a live band. Nowadays, you can record an entire album from prison as in the case of incarcerated DJ, Vybz Kartel. The world has changed and so has the music.

Dancehall is also about the culture and lifestyle — so what are you hoping audiences will take away from this show?

Heather: The main thing I want people watching to take away from the show is that Dancehall is much more than the music they love. There’s an entire subculture spawned from the genre and this show will highlight that. They will get to experience the depth of what goes on in the everyday lives of the women who appear so glamourous and glitzy on their poster every weekend. Dancehall is much more than rhythms and flow. It’s an entire lifestyle too. 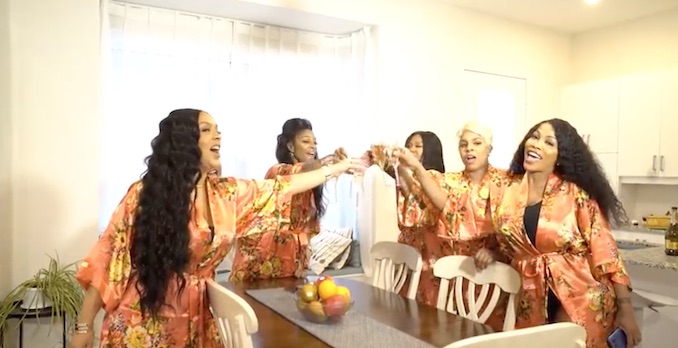 The series no doubt will have some drama how much of it is freeflow and unscripted?

Heather: I believe all reality shows have some scripting. It’s inevitable. You have to have direction, however; whilst we may direct a scene, the stories, emotions and OMG moments are unscripted. In Reality TV, some of the best moments are when you think the camera isn’t recording. In Dancehall Divas, the women are naturally very dramatic and some of them really don’t get along. I have myself to blame for casting too many type-A personalities. It certainly makes for good reality TV.

The series is filmed here in Toronto and you were all ready to continue shooting elsewhere but COVID19 put original production plans on hold. How did you adapt?

Heather: Like the giant production houses across the world had to do, we paused and regrouped. We decided after some thought that we will just put what we have, which equates to five, thirty minutes episodes in hopes of doing the non-traditional split season like some networks have started to do. We hope to pick up from where we left off, but the series is considered a docu-style reality series which means that no matter how many episodes or how long it is, people will find it entertaining and the stories can be understood without being in a specific order. This is indigenous TV and we are happy to be making history as the first of its kind in the world.

Wishing you much success for this first season and hoping for more. What should we look forward to?

Heather: One season may look different from another, because we intend to rotate casts as we develop to keep the series fresh. This show is pretty big right now in the diaspora and we haven’t even aired one episode yet. The show will be streamed on the Dancehall Divas website starting September 10.