In a phone war between Samsung and Apple, the Google Pixel is the smart phone to watch. I recently got to test the tech giant’s new phone and was immediately pleased with the product and became more fond of it as time progressed. 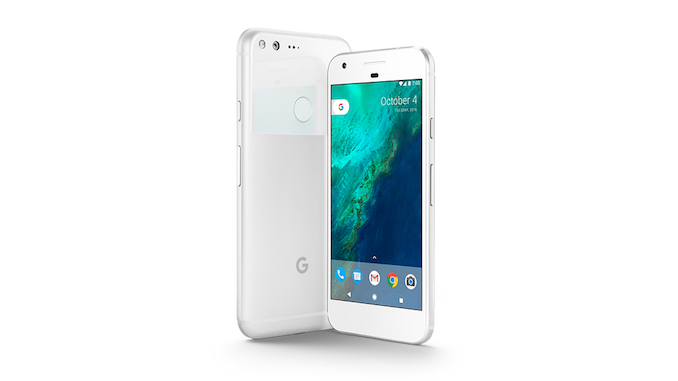 In this post, I will take you through a few of my experiences and then also address some of the criticisms of the phone.

Apple was the first to make unboxing a product so extraordinary. Laptops and desktops as far back as I can remember always had an added flare which reinvented the user experience right from the opening of the package. Now, almost all tech companies are onto this and Samsung phones, and now Google phones, have the beautifully designed unboxing experience.

The Google Pixel, similar to the new iPhones, uses USB-C instead of micro-USB like most Android devices. The USB-C is also common on all new Apple computers which has caused much public outcry over the incompatibility of devices. But, much like all previous jack0-switches, we will get over this and move on with a better system. The USB-C is more universal. Both end of the jack are the same, smaller and run power and information at higher speeds. The Google Pixel actually comes with two cords. One longer cord with USB-C at both ends that plugs into a wall plug for charging and another slightly shorter cable with a USB-C at one end ad a regular USB-3 at the other. The shorter cord also comes with an adapter for USB-3 -> USB-C in case your devices have already made the switch to USB-C. I recently upgraded to the new Macbook Pro and was pleased to have a new device that it is is natively compatible with. 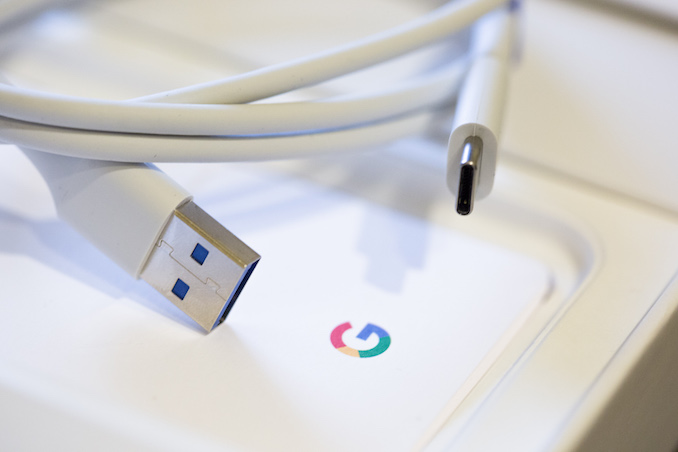 Looking at the phone for the first time you will notice that the power and volume buttons are on the same side as oppose to the Samsung and iPhone phones and that there is no home button but instead a weird circle on the back of the phone.

In a world where phone cameras are more powerful than professional cameras 10 years ago, designing a phone with camera in mind is important. This is why I like the power and volume buttons on the same side. When shooting landscape, I want to have the controls along the top to make it easier to use the functions that the keys provide in camera mode. It also just feel less cluttered.

There is no home button on the Google Pixel, well not a physical one, and not entirely a touchscreen one either. On my iPhone or Samsung device I would always press my home button and then punch in my code to unlock the phone. This was the first function of the home button for me. Now, Google Pixel has placed a circle sensor on the back of the phone called the Pixel Imprint where your index finger roughly lies when you are looking at your phone. Using a fingerprint scanner, the Pixel Imprint will unlock your phone when you tap it, saving you the extra step of typing in your passcode. It works quite well and I was very pleased with the time-saver. The lack of a the button on the front could cause some issue if you wanted to use the phone as it lies flat on a surface but in that case you could always press the power button and then swipe up which will prompt you to punch in your code.

While in apps and using the home screen, a digital touchscreen version of Android’s back button, home button and open apps manager is present. When these are hidden in apps, just swipe the screen from right to left to show them. 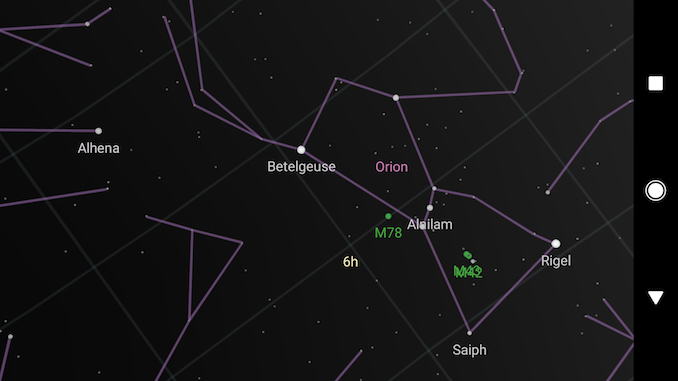 One big thing I noticed about the Google Pixel Unboxing is that there are no headphones. Yes, the Google Pixel does not come with headphones, although, it does have a headphone jack. If you live in a country where it is the law to require headphones, then you will receive some apparently pretty cheap earbuds, not far off from the cheap Samsung and Apple ones. Always better to get your own. I would suggest starting the move to wireless headphones.

When I first powered on the Google Pixel I was so pleased at seeing a blank home screen and not a million apps (Bloatware) like my experience with the Samsung lines of phones. There are the Google apps that we all use but not much else. You will have the calculator and the clock, the flashlight and that is about it. Google apps include Gmail, Maps, Calendar, Chrome, Drive, Play Store, Play Movies, Play Music and Google Translate. I always hated the many apps that came on new devices, glad to see a clean slate with the Google Pixel.

The camera on the phone is 12.3 MP and when opened is already set to the most popular Instagram image format, the 4:3 portrait ratio. Both the front and the back cameras can be changed to multiple format ratios with the front camera doing 8 MP. The back camera has been touted as the highest rated smartphone camera ever. The one big problem we found was a commonly reported issue, the lens flare.

Here are two unedited images I took while writing this article. One photo is taken with the S7 and other with the Pixel. The Pixel has a noticeable lens flare in the button left corner. It is not difficult to recreate this and many images can have a lens flare. Some angles may be impossible to shoot because of this. The images also show the difference between the auto white colour balance.

You don’t have to worry about storage with the Pixel, even though you have an option of either 32Gig or 128 Gig phones, when you have unlimited cloud storage from Google upon purchase of the device. Upload and store your photos and videos with ease and never worry about losing your content.

I also liked the feature of swiping left or right to change from photo to video. It is quick and seamless and something I thought was a small but welcomed change from Samsung or Apple devices. The video camera on the Pixel can shoot in either 30 or 60 frames-per-second keeping those slow-motions shots looking smooth and clean. The front-facing camera can shoot at 1080p and the back camera can shoot at 4K. At 4K though, the 60 FPS option is eliminated making it only possible to shoot at 30FPS.

Want perfect Panoramas and Photos Spheres? The Google Pixel has some great tech built into it that helps you position yourself and capture seamless images. The Google Pixel did not include the long-exposure feature that was big on the G4/G5 and is a feature included on the Samsung S7. Maybe the next generation?

Reports have been made about issues with the LTE but I did not have this issue. I also had no issue with the sound crackling at high volume, another reported issue with the Pixel phone.

The phone does lack two important features of the competition and that is wireless charging and water resistance. This is despite the fact that the Samsung S7 has both. Wireless charging is incredibly handy and cars have even starting to build wireless pads for charging phones while driving with ease. I hope that both of these features will be included in the next version of the Google Pixel.

Check out the Google Pixel website for more info.

The University of Toronto hosted more than 1,200 students on Friday, May 19 for its annual Go North: Inspiring Future […]