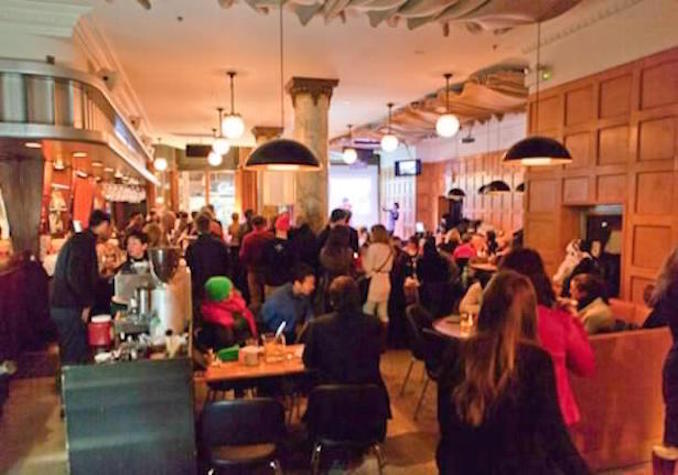 Petcha kutcha. “Puh-chekah-chah”. There are many different pronounciations but whatever you call it get ready for a night of ideas, pictures and stories that will leave you feeling inspired and invigorated.

Pecha Kucha is Japanese for “the sound of chit chat”. The first Pecha Kucha was held ten years ago in Japan when architects Astrid Klein and Mark Dytham wanted to provide fellow architects with a platform to share and talk about their ideas. Since the first event in 2003, it has expanded and now happens in more than 600 hundred cities around the world.

At a Pecha Kucha, there are between eight and fourteen presenters who each have compiled twenty image slides and have twenty seconds to talk about each slide, adding up to a six minute and forty second concise presentation. Happily, these aren’t the awful PowerPoint presentations you were forced to endure at school and work. Rather it is an evening of inspiring presentations by passionate people, eager to share their story and knowledge.

The presenters are always an eclectic mix coming from all different backgrounds. Toronto’s January Pecha Kucha featured an array of presenters including designers showing the possibilities of 3D printing, a biotech engineer, a storm chaser, architects from Mexico City, a theatrical performer from Ireland, and an IP Lawyer. Every topic was different but what kept them all in common was their undeniable passion. 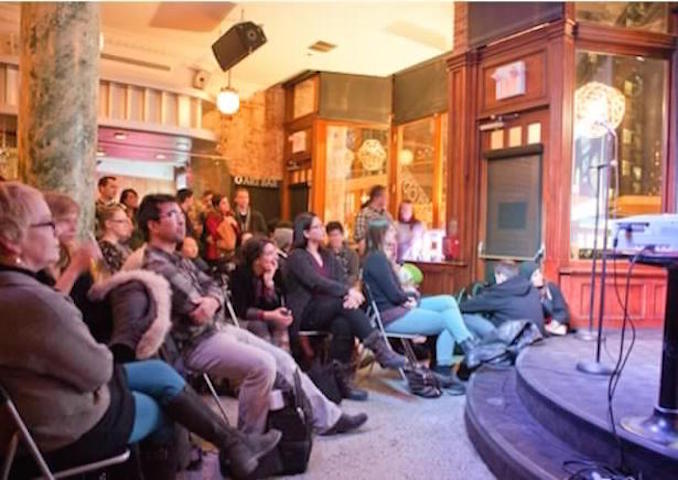 And that is what organizer Vivien Leung says makes a great presenter; someone who is authentic, passionate and willing to share their love with strangers. She is willing to let anyone do a presentation as long as they have that passion.

Vivien’s favourite presenter of all-time is 11 year-old Sako Ghanaghounian. Sako was the first ever kid to present at Pecha Kucha Toronto. Sako talked about what it’s like to be a kid in the city in response to a comment made by local politician Doug Holyday, who stated a city was not the most ideal environment to raise a child. Sako had a good rebuttal, with a presentation full of photos of him and his friends learning, exploring and having fun with friends and family in Toronto. Vivien’s dream presenter is Mayor Rob Ford talking about his passion for coaching high school football.

All past presentations from Toronto and the other 600 cities that Pecha Kucha occurs in are posted to the global website for viewing.

Pecha Kucha recently celebrated two major milestones; the 100th presentation in Japan and the the 10th anniversary of the original Pecha Kucha. Pecha Kucha is held monthly in Toronto at the Gladstone Hotel. Come out next week on Tuesday, March 19th at 7 pm for an evening of thinking and drinking.