In 2021, Gambling is more popular than it’s ever been before. Online casinos have helped in making casino games even more accessible and player centric than ever before, aiding in the meteoric rise in people playing all sorts of casino games.

Just in Canada, the whole of the gambling sector is worth around a staggering $31 billion each and every year. Statistics for analysis website Statista show that worldwide, gambling will be valued at almost $100 billion in around 2 years time in 2023 – clear evidence that the industry is absolutely thriving and growing year on year, especially with the rise of people playing online on real money casino games.

The rise in popularity of casino games over the years has seen many extremely talented gamblers from all over the world thrust into the public spotlight, with some games, events and tournaments attracting more attention and viewership than others.

Enter Poker – one of the most famous casino games and probably the most watched – the big tournaments draw in millions of viewers from across the globe each year. 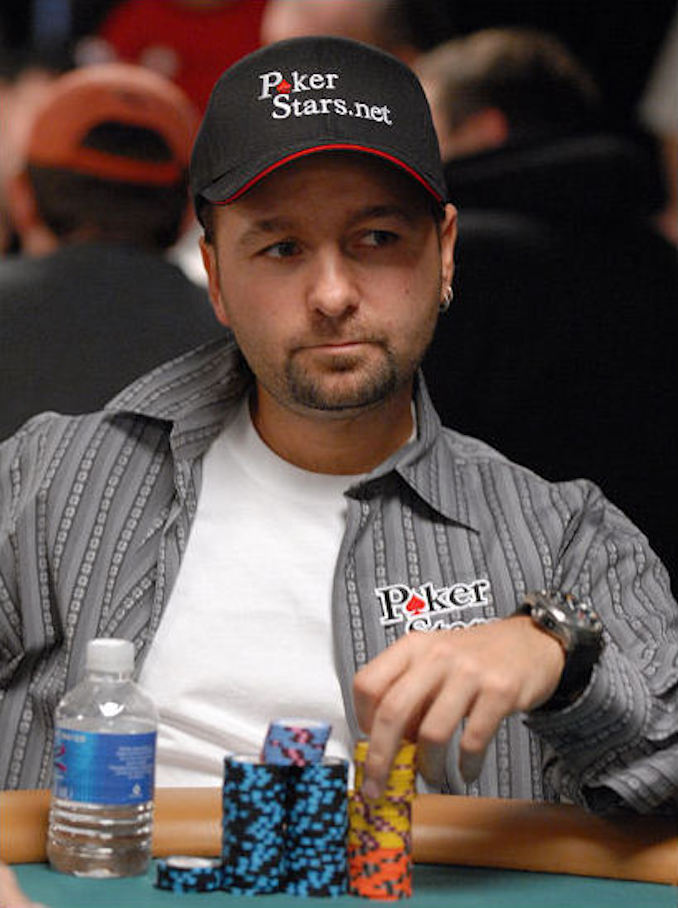 When it comes to talking about some of the greatest poker players of all time, you may be surprised to find a local Torontonian on the list.

His name is Daniel Negreanu.

If you have even a small interest in poker, the exciting tournaments or players, then you’ll have heard of Daniel, the 46 year old has won the World Series of Poker a monumental 6 times and in 2014 was even inducted into the Poker Hall of Fame. To top all of that off, he even got officially labeled as the single best poker player of the decade!

Popularity of Poker In Canada

It’s a well known fact that the national sport of Canada is Ice Hockey. But there are other arenas where Canadians have also shined – including poker. Some of the poker greats have actually hailed from the great white north.

Sure, you’ve got Steve Nash, Wayne Gretzky (who has a poker term named after him), Gilles Villeneuve and many other Canadian legends who have graced the poker stables. But when it comes to playing the right cards, none of these can hold a candle up to Daniel Negreanu.

Poker made its first big push into Canadian popularity with events that happened. The first of these was a widely televised promotional campaign for the World Series of Poker that aired in the 70’s. This helped bring poker more into the mainstream public’s attention and hype up the event.

The second event is the creation of online casinos. These two things have helped push the popularity of casino games and poker to all time highs with the Canadian public. Games have become easier to get into and play, have great bonuses for signing up which are only getting better, making getting to casino games like poker even more affordable.

The Player Of the Decade

You could say Daniel Negreanu jumped into the poker scene headfirst.

Learning to play way back as a teenager in his school days, he was immediately hooked. He fell in love with the game and left school early to pursue a career in playing poker professionally.

Kicking things off in a few of the casinos in his local area of Toronto, After a few tournaments and saving up his cash, he managed to get enough to cover a trip to the gambling capital of the world – Las Vegas.

This trip didn’t turn out to be a fruitful trip though, with Daniel having to head back to Canada to recoup and hone his skills. His second trip to Las Vegas would be a different story though.

On this second trip, he became the youngest ever player to win a bracelet in the World Series. This was all the way back in 1998, and in that tournament he went home with a cool $169,460, eventually winning five more bracelets in his poker journey along the years.

Alongside his 6 World Series bracelet wins, Daniel also managed to snag a win in the World Series Of Poker Circuit back in 2006. In no time after that, he bagged two more World Poker Tour titles and to top it all off, he has 36 appearances on the World Series final table. His total earnings from his lustrous career in poker is estimated to be around $42,000,000 so far!

This gargantuan amount of poker winnings ranks him up as one of the highest earners in poker history – it’s no wonder he carries the nickname of ‘Kid Poker’. He is easily one of the greatest to ever take a seat at the table – even having his own poker class on MasterClass – and Canada should be happy to have him as one of its own!