Toronto has long been associated with filmmaking, and many Torontonians have gone on to become internationally-acclaimed directors. But who are the greatest directors of all? Here is our pick of the top five. 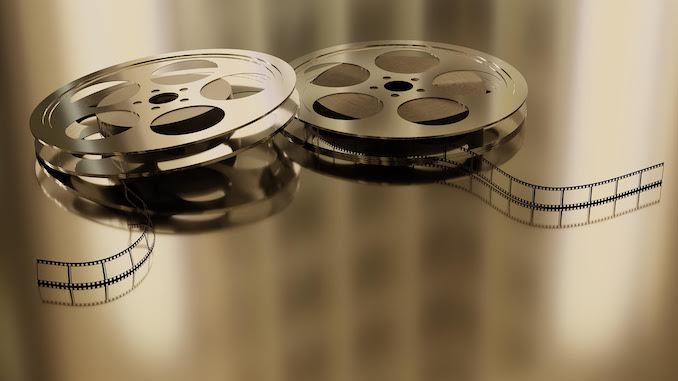 Bruce McDonald emerged as a filmmaker as part of the group known as the Toronto New Wave in the 1980s, which paved the way for him to create the award-winning movies Roadkill from 1989, and Hard Core Logo, from 1996. The former was inspired by the Toronto rock band A Neon Rome. The latter is a mockumentary that illustrates the self-destruction of punk rock. McDonald is also well-known for movies like This Movie is Broken and the Genie-nominated horror Pontypool, which is every bit as terrifying as classic horror-movies like Halloween.

Are you a fan of the John Carpenter movie Halloween? If so, you will love playing the Halloween slot game that sees the psycho-killer Michael Myers lurking around the reels. It is available at an online casino.

Torontonian Michael Snow is most well known as an artist. His numerous artistic works include mediums such as sculpture, installation, photography, music, and film.

His best-known films are the experimental works Wavelength, from 1967, and La Région Centrale, from 1971. Wavelength is considered to be one of the greatest art house movies ever made. In 2001, Wavelength was included on the Village Voice critics’ list of the 100 Best Films of the 20th Century. Snow’s non-narrative avant-garde films toy with conceptions such as time and space. Over the decades, he has made 23 films and become world-renowned as one of the most influential experimental filmmakers of all time.

Sarah Polley was born and raised in Toronto. She began working in the film industry as a child actress. Her first major role was as Ramona Quimby in the kids’ TV show Ramona. She then went on to star in the TV show Road to Avonlea and feature films like Exotica, The Weight of Water, Splice, and the 2004 remake of Dawn of the Dead.

Polley made her directorial debut in 2006, with the independent drama film Away from Her. The movie won a Genie Award for the Best Achievement in Direction. It was also nominated for the Best Adapted Screenplay at the Academy Awards. Polley went on to direct 2011’s charming romance Take This Waltz, which premiered at the Toronto International Film Festival, and the 2012 documentary Stories We Tell, which was awarded the Best Canadian Film of the Year by the Toronto Film Critics Association. Polley has proven herself to be an accomplished storyteller through the medium of film, and yet her directing career has only just begun.

As a child, David Cronenberg attended school at Harbord Collegiate Institute and North Toronto Collegiate Institute, where he switched from a science program to an Honours in English Language and Literature. The course obviously helped Cronenberg develop his writing, but outside of school, he spent a large amount of time frequenting film camera rental houses and learning the art of filmmaking.

Cronenberg’s films explore themes like body transformation, infections, and technology, which are often entwined with physical and psychological horrors. His most well-known movies include 1981’s Scanners, 1983’s Videodrome, and 1996’s Crash. The latter won the Special Jury Prize at Cannes Film Festival. He has also received the Cannes Lifetime Achievement Award. Cronenberg is often cited as one of the greatest directors to have ever lived.

The retired director Norman Jewison is arguably the greatest Canadian filmmaker of all time. Born to parents who ran a convenience store and post office in Toronto, Jewison went on to direct 42 feature films, including such masterpieces as Fiddler on the Roof, The Thomas Crown Affair, Rollerball, Moonstruck, and In the Heat of the Night. In three separate decades, he was nominated for the Academy Award for Best Director.

Throughout his career, Jewison addressed important political and social issues in his films, making complex and sometimes controversial subjects accessible to mainstream audiences. In 1986, he created the Canadian Centre for Advanced Film Studies, which is now known as the Canadian Film Centre. The centre is located on Windfields Estate in Toronto and helps to invest in and inspire the future generations of Canadian filmmakers.