The Alternative Tourist’s Guide to Canada

Canada is famed for its stunning natural landmarks and cities which attract millions to the nation every year. From Quebec City to Niagara Falls, there are many world-famous places to visit, but there’s a growing contingent of tourists who don’t fancy joining the crowds and would much rather see something that’s both unique but also richly Canadian. So, for all of the alternative tourists coming to Canada, here is your alternative Canadian tourist guide, from nightlife options to museums and activities. 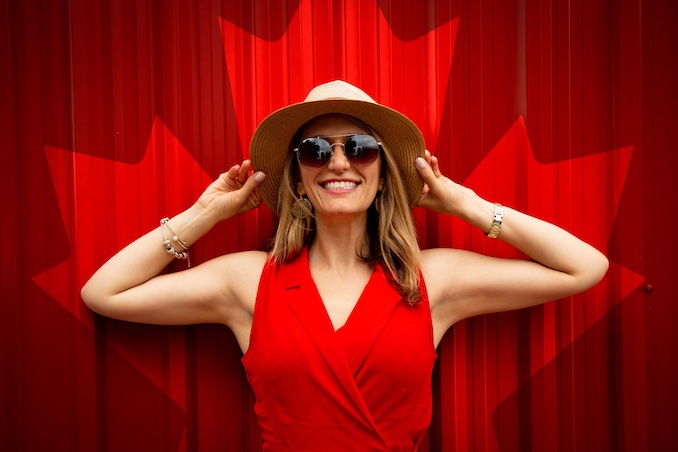 More than just a place that you can snap some pictures of, Diamond Tooth Gerties Gambling Hall is Canada’s oldest casino, and it is still fully operational. Opened in 1971, Gerties draws from the late 1800s theme of the Klondike gold rush, so not only do you get the venue’s own history, but you also get a taste of the times of well over a century ago. In fact, the entire region of Dawson, Yukon is rich in history.

Now a Municipal Heritage Site, the hall still boasts saloon-style décor with entertainment such as nightly shows, games of chance, and a bar. Canada is well-known for embracing gambling as part of its heritage, with the past-time being a popular form of entertainment in provinces for locals and visitors alike ever since the days of the gold rush. In fact, the recent rise in popularity of such games in the online world is helping draw more attention to land-based establishments such as Gerties. On the other side of the coin, casino brands are entering the Canadian market to cater to these demographics, including Aspire Global, who recently launched Karamba Casino Canada in the country. The past and the future of Canada seem linked to casino-style entertainment – and, as a visitor looking to avoid tourist traps, you will be getting a very Canadian experience indeed if you visit Diamond Tooth Gerties. What’s more, all of the entertainment that you pay for in Gerties goes back into the community.

That’s right; you didn’t read it wrong: there is a whole museum in Canada dedicated to our furry little friends, the gophers. In Torrington, Alberta, you can venture down to the Gopher Hole Museum to enjoy a huge range of dioramas of our favorite gophers just going about their quirky business. Each of the scenes created features taxidermized gophers adorably re-enacting relatable situations from our everyday lives. You’ll find the dioramas to be ironic, comedic, and overall, entertaining.

It is said by CBC Short Docs that the museum came into being due to the town needing an alluring tourist attraction. In the mid-90s, rural Canada was suffering due to large-scale agricultural practices effectively quashing the family farming industry. So, small communities like that of Torrington opted to become a tourist hot-spot but had nothing to draw in visitors. The town’s claim to fame at the time was their rampant gopher problem, so one council member quipped that the town should start stuffing them to make the most of the problem. Today, the absurd but charming Gopher Hole Museum is a top attraction for alternative tourists who want to explore beyond the big cities and natural landmarks.

The eloquently named Head-Smashed-In Buffalo Jump has become famous among those looking to learn more about the Plains People of south-west Alberta. The site has become one of huge cultural significance and intrigue due to the cliff face overlooking thousands of years of undisturbed layers of animal bones established by the Plains People chasing their prey over Head-Smashed-In Buffalo Jump to feed the camp below.

It has become an educational site which features walks to the jump itself as well as a many other indoor and outdoor exhibits. A UNESCO World Heritage Site since 1981, the Interpretive Centre erected in 1987 has welcomed nearly three million visitors from around the world but still isn’t traditionally seen as a main tourist attraction of Canada. At Head-Smashed-In Buffalo Jump, visitors will get to explore five levels of exhibits inside the center, including ones on the hunting of the American bison and how the Plains People would drive the colossal beasts off of the cliff. On the site, you can enjoy walks along a paved trail to see the cliff itself, the Rocky Mountains, Vision Quest Hill, and the great prairies.

If you’re not one to follow the waves of tourists to the most popular destinations in Canada, be sure to check out the nation’s unique alternative options, such as Diamond Tooth Gerties Gambling Hall, the Gopher Hole Museum, and Head-Smashed-In Buffalo Jump.

Canadian artist Jeannie Polisuk often uses her work to explore memories. They are familiar, personal and reflective of not just […]

New this year, the Ross and David Mitchell Prize for Faith and Writing in Canadian Literature has revealed its first […]